The Westland Lynx is a British Army multi-purpose helicopter designed and manufactured by Westland helicopter at their factory in Yeovil, England.

Since the first air force in the world – the Royal Air Force was born in 1918, through 100 years of development, with mobility and flexibility, helicopters confirmed the military’s indispensable status.

For years, Westland Lynx has been a mainstay of the British Armed Forces and is in service across the world. The Westland Lynx is a military helicopter designed and built by Westland Helicopters in Yeovil, Somerset. Originally intended as a utility aircraft for both civil and naval usage, military interest led to the development of both battlefield and naval variants. The Lynx went into operational usage in 1977 and was later adopted by the armed forces of over a dozen nations, primarily serving in the battlefield utility, anti-armour, search and rescue and anti-submarine warfare roles.

The Lynx demonstrated its capabilities by the records achieved, in 1986 a modified Lynx broke the airspeed record for helicopters at 400.87 km/h, that record still stands.

Several land and naval variants of the Lynx have been produced along with some major derivatives. In the 21st century, a modernised variant of the Lynx was designed as a multi-role combat helicopter, designated as the AgustaWestland AW159 Wildcat; the Wildcat is intended to replace existing Lynx helicopters. The Lynx remains in production by AgustaWestland, the successor to Westland Helicopters. The initial design, then known as the Westland WG.13, was started in the mid-1960s as a replacement for the Westland Scout and Wasp, and a more advanced alternative to the UH-1 Iroquois.

The first Westland WG.13 was ready for flight testing on March 21, 1971, rather later than foreseen. It was followed by four more aircraft in two basic configurations: the AH Mk.1 for the Army and the HAS Mk.2 for the Navy. At the time of its introduction it was arguably the most capable and versatile helicopter in its class.

It can be said that Westland Lynx is an example of the success of the British defense industry. Over forty years of development with dozens of variations, Lynx has achieved significant export success.

The Lynx helicopter is of conventional semi-monocoque pod and boom design. Basically, all versions of the Lynx have advanced digital flight controls plus all-weather avionics. The cockpit accommodates the pilot and co-pilot but can be flown by a single pilot. A night vision-compatible cockpit allows the helicopter to be used for covert operations. 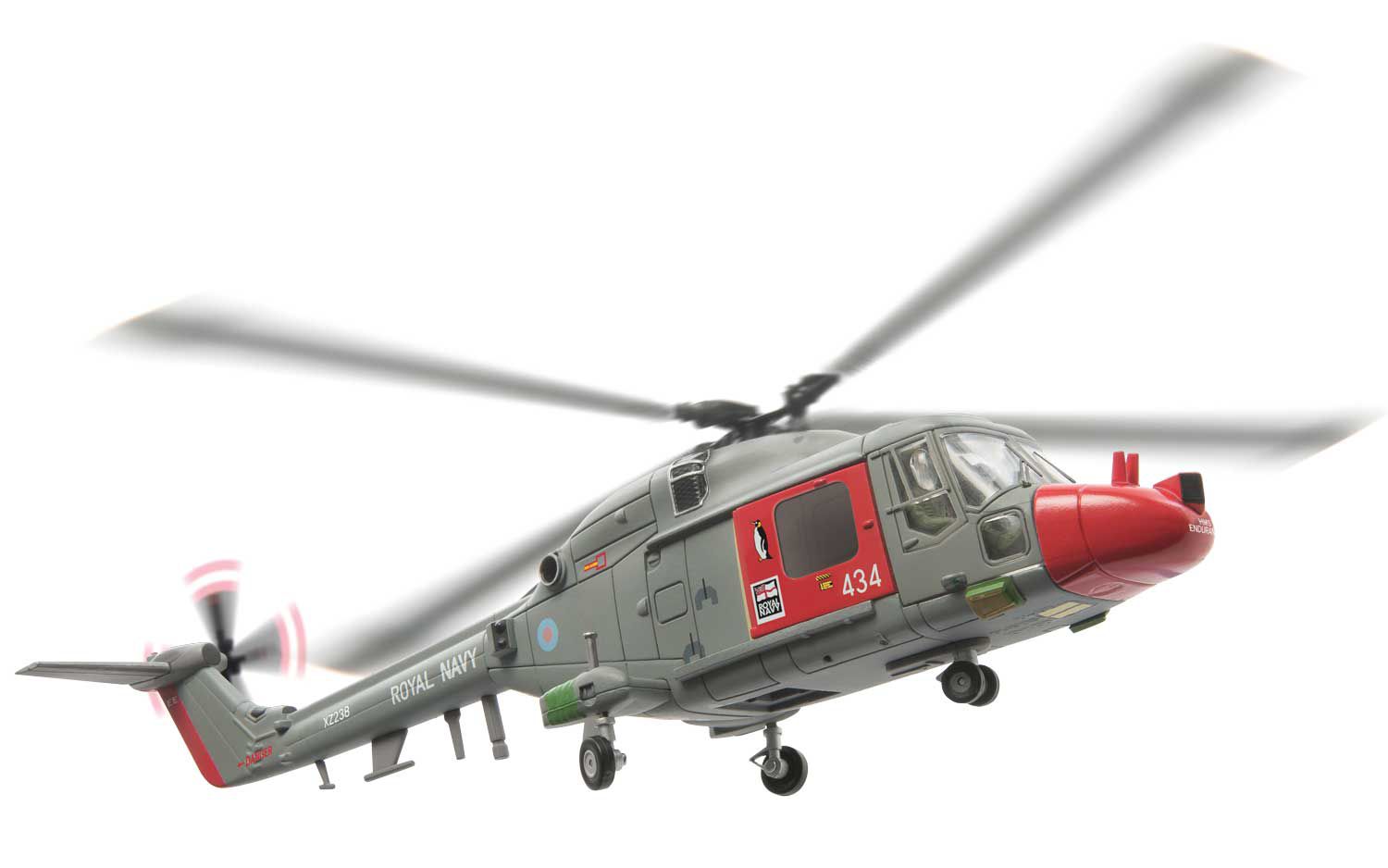 There is a jettisonable cockpit door and large sliding cabin door with jettisonable windows on each side of the fuselage. The large cabin doors allow rapid emplane and deplane, the cabin provides internal access to the cockpit. The helicopter can carry up to nine armed troops, the maximum internal freight load is 910kg. Underslung loads up to 1,360kg can be carried. The aircraft has the capacity for up to four ropes for fast roping or rappelling. A rescue hoist can be deployed to recover personnel from confined spaces.

The undercarriage could be of a traditional skid system or a three-wheeled retractable undercarriage. For example, the Battlefield Lynx and the AH mk9 are fitted with non-retractable tricycle-type landing gear with twin nosewheels, while the AH mk7 has a skid type undercarriage which can be fitted with snow skis for Arctic operations. It can be said that the Lynx is quite flexible in design, depending on the purpose of use and customer requirements, it has different configurations.

The twin turboshaft engines were mounted behind and above the cabin with four-bladed semi-rigid main rotor confers a level of agility matched by no other helicopter of its generation. The helicopters are powered by two Rolls-Royce Gem mk42 turboshaft engines, rated at 1,120 saft horsepower each. The exhaust is fitted with diffusers to reduce the infrared signature. This helps the helicopter can reach a maximum speed of 324 km/h, operating range is 528km with standard fuel tank.

Armament for the Lynx varied depending on the role it was to play. The military helicopter version can be fitted with 7.62mm machine gun installed inside the cabin and two 20mm cannon can be mounted externally. External weapons pylons can carry two miniguns, gun pods, rocket pods, or up to eight air-to-surface missiles such as HOT, Hellfire or TOW. Up to eight missiles can be carried in the cabin ready for reloading. Anti-submarine versions had provision for two torpedoes and a dipping sonar system. Anti-surface variants could field 4 anti-ship missiles like Sea Skua or AS.12 wire-guided.

For countermeasures, the helicopter can be equipped with AN/ALQ-144 infrared jamming system is installed under the tailboom, the BAE AWARE-3 ARI 23491 radar warning receiver and the Sky Guardian mk15 electronic warfare system.The Lynx helicopter versions are mainly used by British armed forces, the other major operator is the Royal Navy. The equivalent export version is known as the Super Lynx and after careful evaluation, it was chosen by the German Navy for use on their new frigates, and six search and rescue and 18 Anti-submarine warfare models have been ordered by the Royal Netherlands Navy. Other operators of the Lynx include Argentina, Brazil, Denmark, Norway, Nigeria, Qatar and a few other Asian countries. In 2000 Augusta of Italy and Westland Helicopters of the United Kingdom merged and formed AugustaWestland. Since then all new helicopters are marketed under AugustaWestland brand.