“ACE is the faster way of doing things,” said Staff Sgt. Jordan Whitworth, 412th Operations Support Squadron. “You have an airfield manager that can upload and download aircraft and talk aircraft down from the ground so you can have a 10, 15, 20-man team doing a job of 100 or 150-man team and it’s a lot smaller footprint. So we can land it in a lake bed or a flat area in the middle of nowhere, set up, start landing aircraft in a few hours and take off before anybody even know it’s there.”

“Edwards gives us the perfect opportunity to use a pristine dry lake bed that is already being used for a test facility. We can implement these concepts in a safe environment with facilities close by. We assessed an airfield in an austere location. We landed four A-10s from multiple approaches to verify we have the ability to integrate with fighter squadrons and attack squadrons,” said Staff Sgt. Denver Davis, 821st CRS.

Contingency operations may necessitate Airmen to utilize ACE concepts and operate in austere environments and Edwards AFB affords contingency response units, such as the 821st CRS, an area to hone and expand their capabilities to be Multi-Capable Airmen. Rogers Dry Lake Bed took center stage during the ACE training. The lake bed is Edwards AFB’s most prominent natural landmark, and at about 65 square miles, it is visible from thousands of feet in the air. The dry lake’s natural hardened clay is able to withstand around 250 pounds per square inch. It is wide and strong enough to support space shuttle landings and other historic experimental aircraft such as the X-1 and X-15. Before the 821st CRS Airmen were able to land the 355th Wing’s A-10s on Rogers Dry Lake Bed, they assessed its condition and suitability for the mission.

The 821st CRS team assessed an airfield in an austere location They We landed four A-10s from multiple approaches to verify we have the ability to integrate with fighter squadrons and attack squadrons. After the 821st CRS team successfully landed the A-10s, they once again inspected the lakebed runways, making note of the tire ruts created by the aircrafts’ landing gears. Davis explained that the MCA skillset is vital for Airmen who may be deployed to different areas of the world, with different missions such as humanitarian aid or evacuations. The ACE training also further improves their MCA skills by allowing them to train with different aircraft types, something that Edwards AFB ground crews are adept at due to 412th Test Wing’s fleet of various fighters, bombers and cargo airframes. 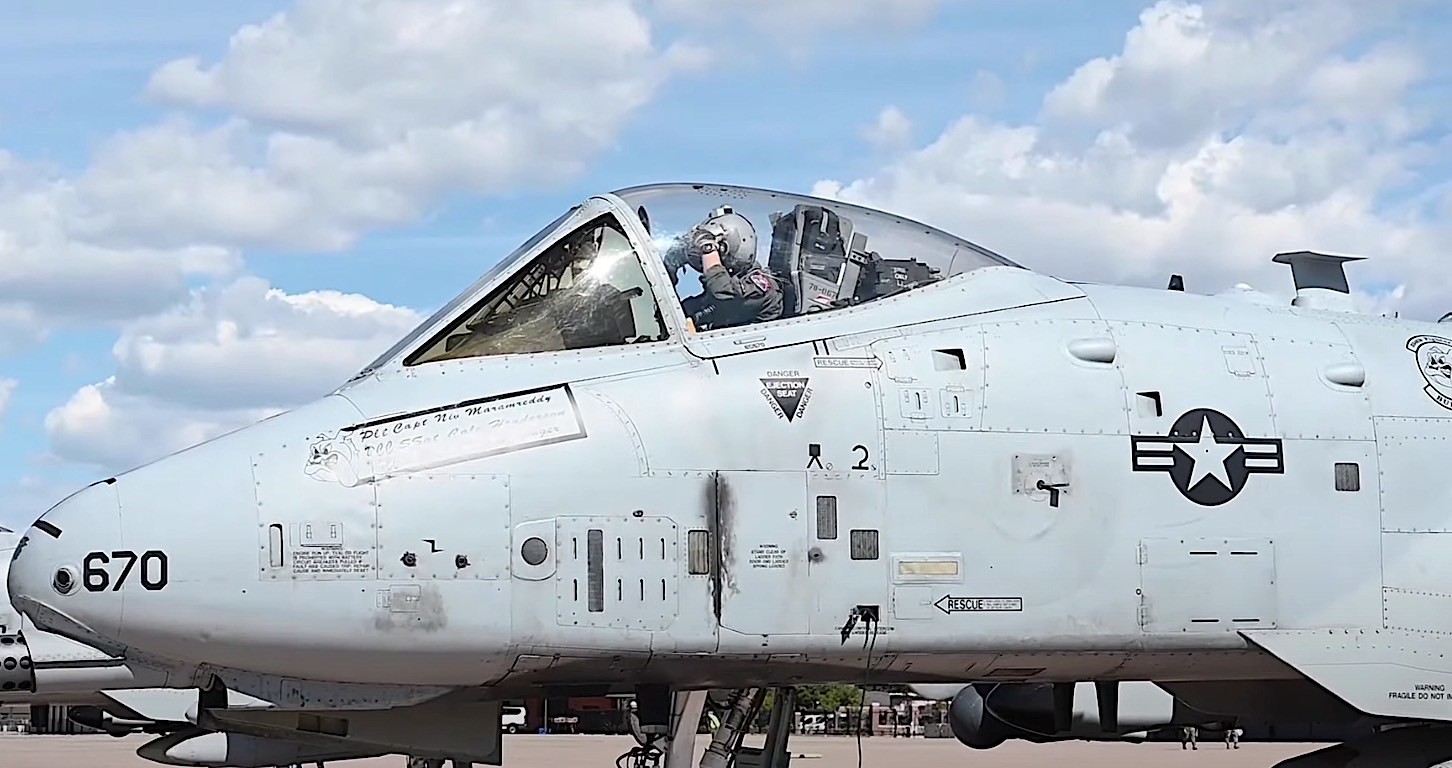 The Fairchild Republic A-10 Thunderbolt II is a single-seat, twin-turbofan, straight-wing, subsonic attack aircraft developed by Fairchild Republic for the United States Air Force (USAF). In service since 1976, it is named for the Republic P-47 Thunderbolt, a World ധąɾ II-era fighter-bomber effective at attacking ground targets, but commonly referred to as the “Warthog” or “Hog”.[4] The A-10 was designed to provide close air support (CAS) to friendly ground troops by attacking armored vehicles, tanks, and other enemy ground forces; it is the only production-built aircraft designed solely for CAS to have served with the U.S. Air Force. Its ability to take off and land from relatively short runways permits operation from airstrips close to the front lines, and its simple design enables maintenance with minimal facilities.