The MQ-25 Stingray is an uncrewed aerial refueling drone that is being developed by Boeing.

The MQ-25 Stingray promises to bring new functionality to the F-35 fighter jet, enhancing the U.S. Navy’s ʟᴇтнᴀʟιтʏ against its great power competitors.

The MQ-25 Stingray is an uncrewed aerial refueling drone that is being developed by Boeing. The Stingray can almost double the effective strike range of the U.S. carrier wing. “The MQ-25 will give us the ability to extend the air wing out probably 300 or 400 miles beyond where we typically go,” former Vice Adm. Mike Shoemaker told U.S. Naval Institute’s Proceedings. For a sense of scale, consider that the Navy’s Boeing F/A-18E/F Super Hornet fighter has a combat range of no more than 450 miles.

This is a major potential liability at a time when both China and Russia are relentlessly investing in anti-ship missile technology. The former has the DF-21D, a medium-range ballistic missile (MRBM) with an operational range of up to one thousand miles, as well as the new hypersonic DF-17 missile with a reported range of over one thousand miles. The latter has the 3M22 Tsirkon winged, hypersonic anti-ship cruise missile with a range of at least six hundred miles and quite possibly more depending on the target and firing circumstances. 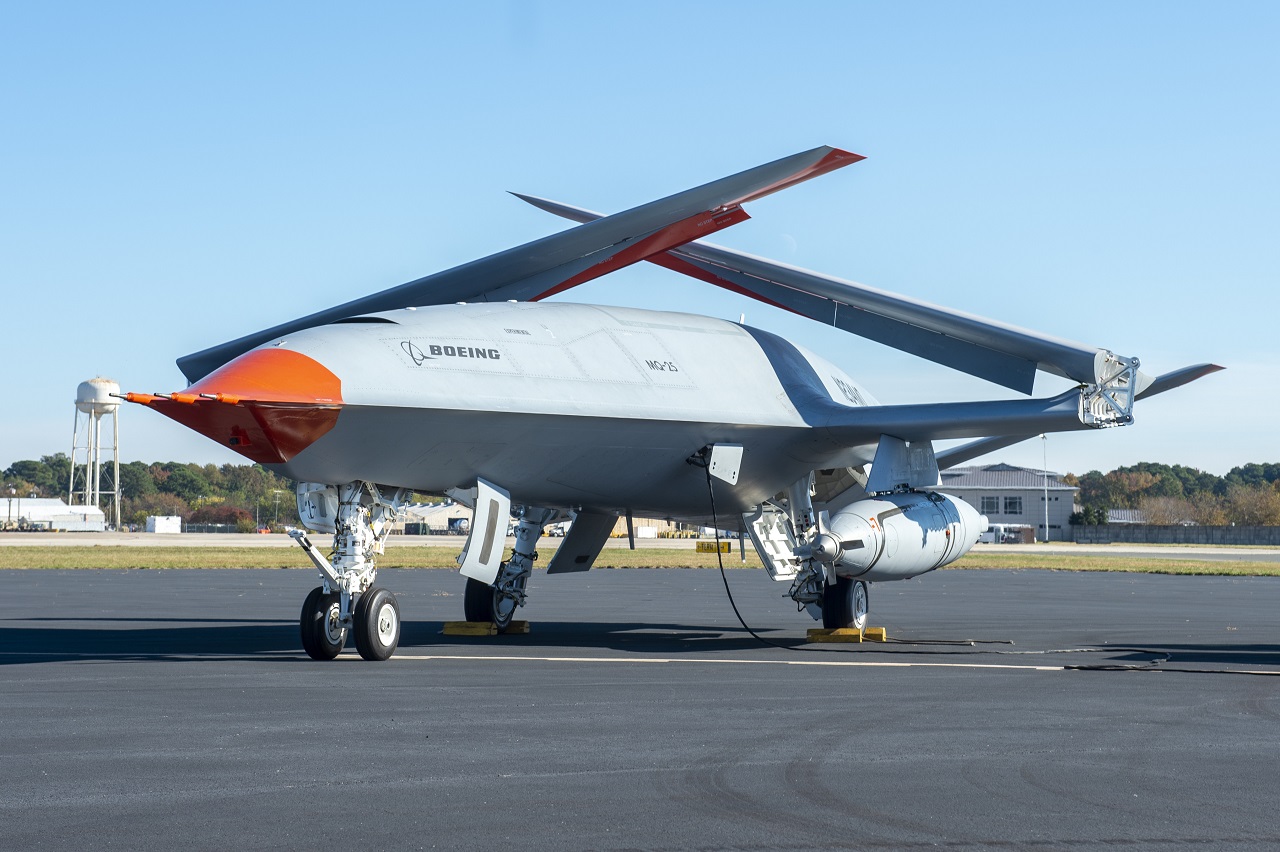 The risks are stark: a growing number of defense observers are wᴀʀning that a single hit from a missile with the performance characteristics of the Tsirkon can disable, if not destroy, a U.S. carrier. Having to operate within the effective ranges of the latest Russian and Chinese missiles potentially hampers the power projection capabilities of U.S. carrier fleets. This bears clear and immediate implications for American security interests in the Pacific, which is where China’s emerging anti-access, area-denial approach makes it increasingly harder for U.S. assets to operate effectively.

It is precisely this problem that the Stingray is designed to address. Controlled through an interlinked navigation system, the MQ-25 Stingray can deliver up to fifteen thousand pounds of fuel to a distance of just under six hundred miles. The Navy is making arrangements for all Ford and Nimitz-class carriers to “eventually be MQ-25 capable.”

By greatly enhancing the combat radius of carrier-based fighters, the MQ-25 Stingray allows carrier fleets to project power from safer ranges. With this new refueling capability, the F-35C jet can leverage its advanced survivability and attack potential without being artificially limited by its carrier. Offensive operations that would previously be considered too risky or impractical could finally be feasible, vastly expanding the Navy’s scope of possibilities against its toughest adversaries. These possibilities include high-risk strikes against critical infrastructure and assets deep in enemy territory, strikes against multiple targets in a single sortie, and a greater ability to adjust to changing mission circumstances while deployed.

As former Chief of Naval Operations Adm. John Richardson put it, the Stingray “represents a dramatic shift in the way we define wᴀʀfighting requirements.” It exemplifies the U.S Navy’s focus, shared by the world’s leading military powers, on an increasingly sophisticated kind of mission interoperability between drones, manned aircraft, and surface vessels. The MQ-25 Stingray is expected to reach initial operating capability by 2024.