During low tide on the island of Skye (Scotland), a dinosaur fossil hunter peered down the coastal rocks and discovered a whole “treasure”: the remains of a large pterosaur. most recorded since the Jurassic period. 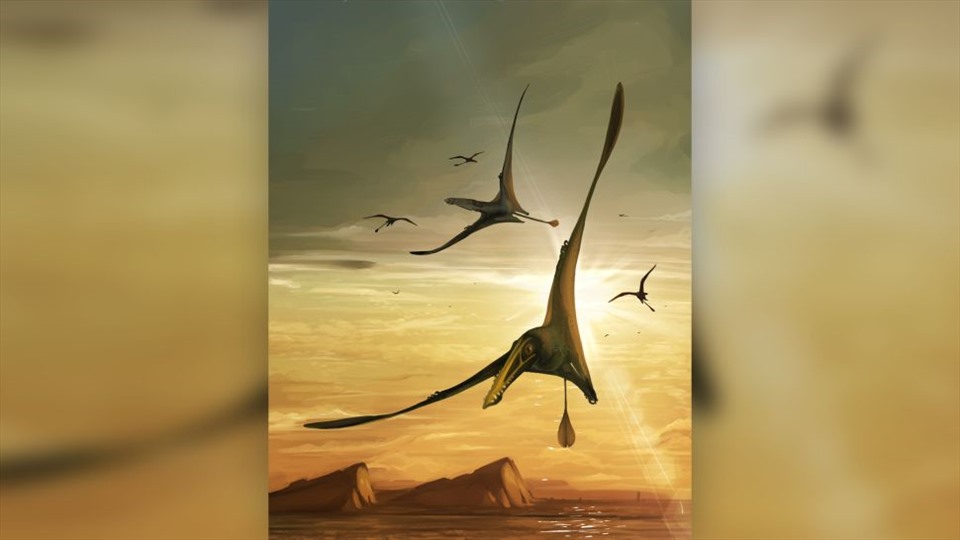 Largest Jurassic Pterosaur Fossil Unearthed in Scotland
Illustration Dearc sgiathanach flying in the Jurassic sky of what is now Scotland. Photo: Natalia Jagielska/Scottish Archeology
Since collecting the specimen in 2017, scientists have studied its anatomy and identified it as a previously unknown species. They gave the new species the Scottish Gaelic name Dearc sgiathanach (jark ski-an-ach) – meaning double “winged reptile” and “reptile from Skye”. 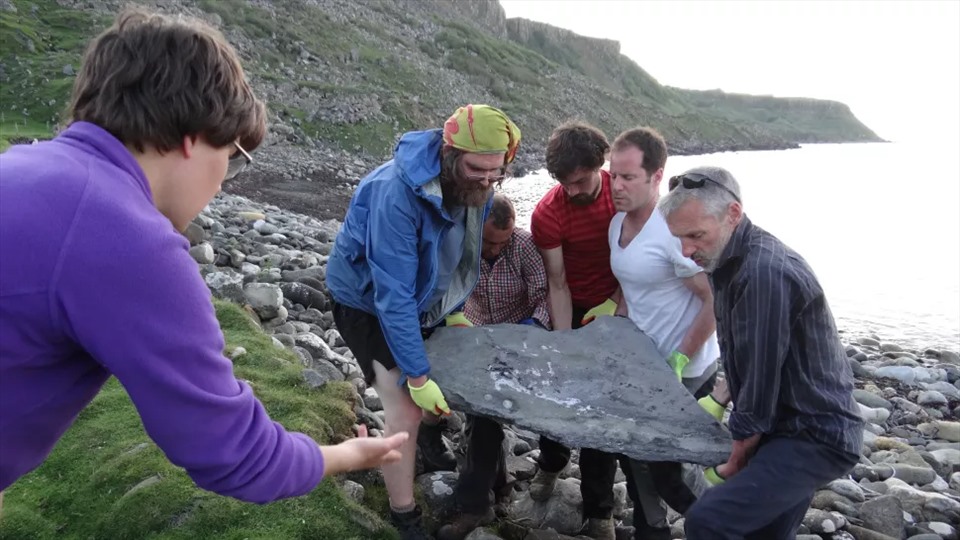 Pterosaurs are the first known vertebrates to have evolved powered flight – a feat they achieved some 50 million years before birds did.

According to the results of bone analysis, the Dearc sgiathanach in Scotland is not fully developed. It is therefore likely that an adult Dearc sgiathanach will have an even longer wingspan, the researchers said. Furthermore, a computed tomography (CT) scan shows that Dearc sgiathanach has a large visual lobe, which means it has good eyesight.