Launching drones at high speeds to track and enemies on the move, find pockets of hostile forces amid mountainous terrain, unload gunƒιяє on enemy fighters and support advancing infantry are all missions the Army’s new Future Aαттα¢k Reconnaissance Aircraft (FARA) are expected to perform.
Army senior leaders have told the National Interest that the new platform will bring new dimensions to forward-scouting, advanced networking and drone αттα¢кs in coming years. In recent years, the Army awarded development deals to Sikorsky, a Lockheed Martin company, and Bell for the platform, which is intended to replace the now-retired Kiowa Warrior helicopter. 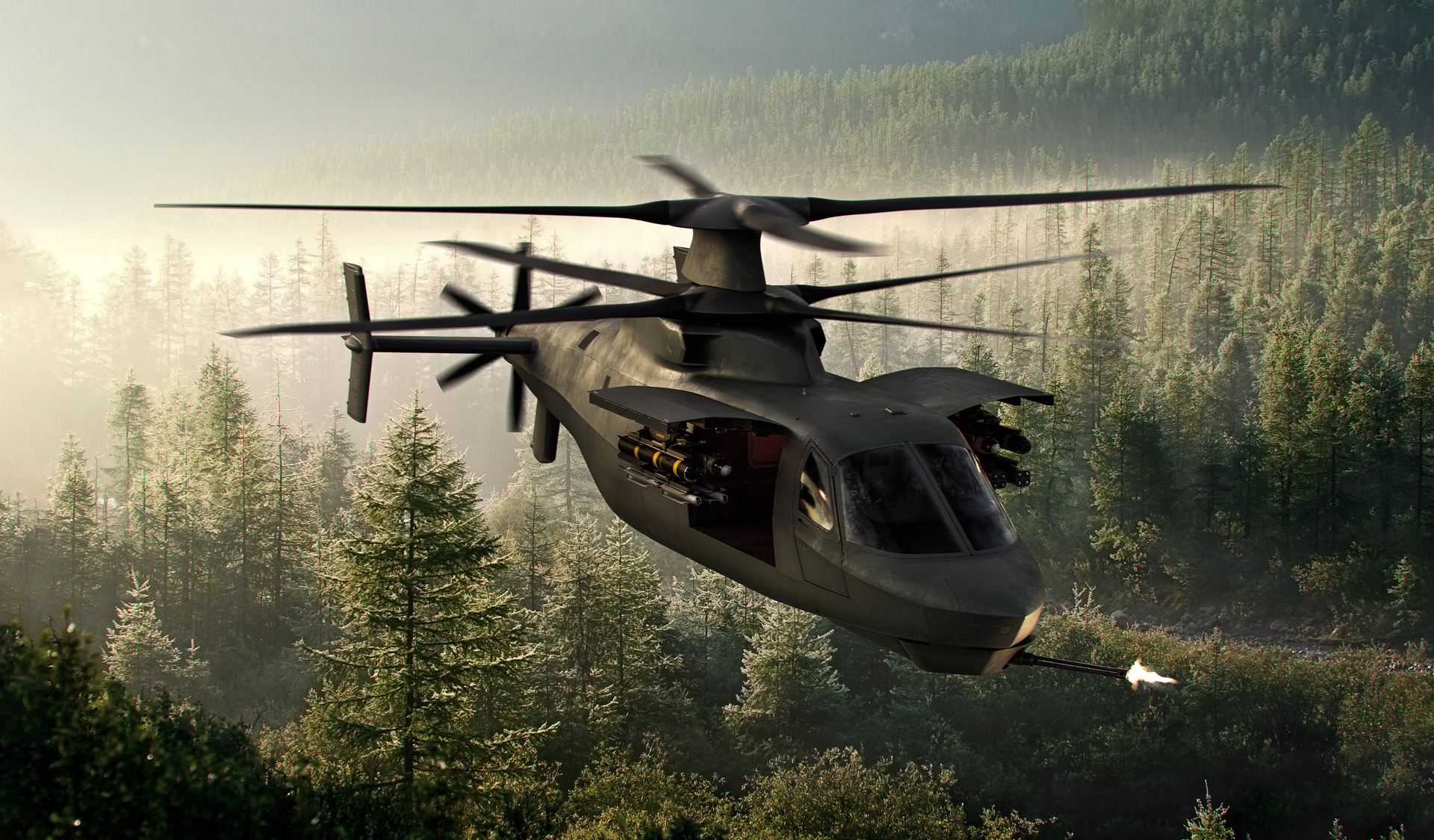 “The best way to describe the FARA is it is going to replace the Kiowa Warrior—which we retired a few years ago,” Gen. John Murray, the commanding general of Army Futures Command, told the National Interest in an interview. “We took Apaches and put them into the scout role, but Apaches were never designed to be a scout aircraft. This won’t replace the Apaches that are in the fleet, but it will replace the Apaches that are in the scout role.”

Naturally, the point of this program is to achieve unprecedented and unparalleled levels of operational speed.

A FARA offering from Lockheed-Sikorsky called RAIDER X could wind up emerging as the fastest helicopter ever to exist. The RAIDER X is intended to build upon breakthrough progress made earlier by Sikorsky with its X2 Technology Demonstrator, a high-speed coaxial rotor blade helicopter that set new records by flying more than 250 knots in 2010. Sikorsky’s S-97 Raider helicopter in 2019 hit 207 knots. Sikorsky’s FARA will expand upon and “scale” the S-97 Raider as it develops its RAIDER X prototype. 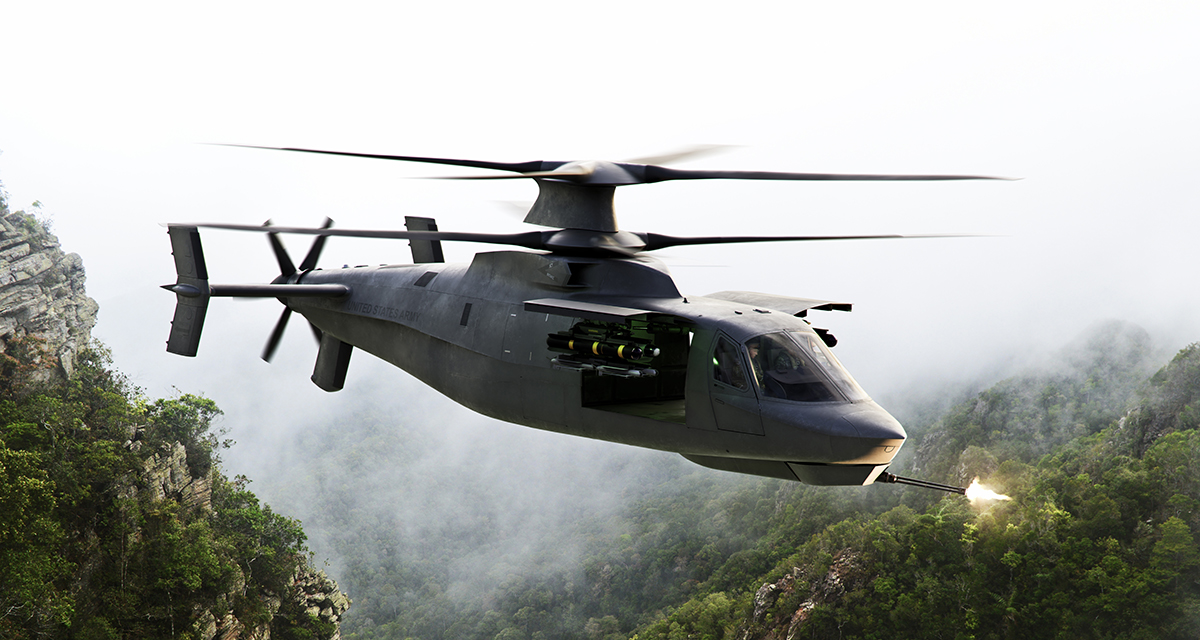 “The growth that RAIDER X has inherently built into the X2 design, to be able to take increased power, the large ωєαρσиs bay volume which will increase the amount of ordnance, which will increase situational awareness that these crews will have,” Jay Macklin, Sikorsky’s business development director for the Future Long-Range Assault Aircraft, told the National Interest. “It will really deliver an unsurpassed capability to those ground maneuver commanders that are out trying to execute this really tough ƒιɢнт.”

What Makes It Unique

The RAIDER X builds upon and extends Sikorsky’s highly successful coaxial counter-rotating rotor blades which help the aircraft achieve breakthrough speeds while stabilizing flight trajectory and enabling a thrusting mechanism at the back of the aircraft. Since the balance of the two rotor blades moving in opposite directions stabilizes and straightens the flight path, there is not a need for a rear “side” rotor, a scenario that allows for a rear-thrusting propeller. This rear-thrusting propeller leverages aerodynamic wind flow to add thrust and forward propulsion, fortified by engine-generated torque or “twisting power” sent through a shaft to the rotor. 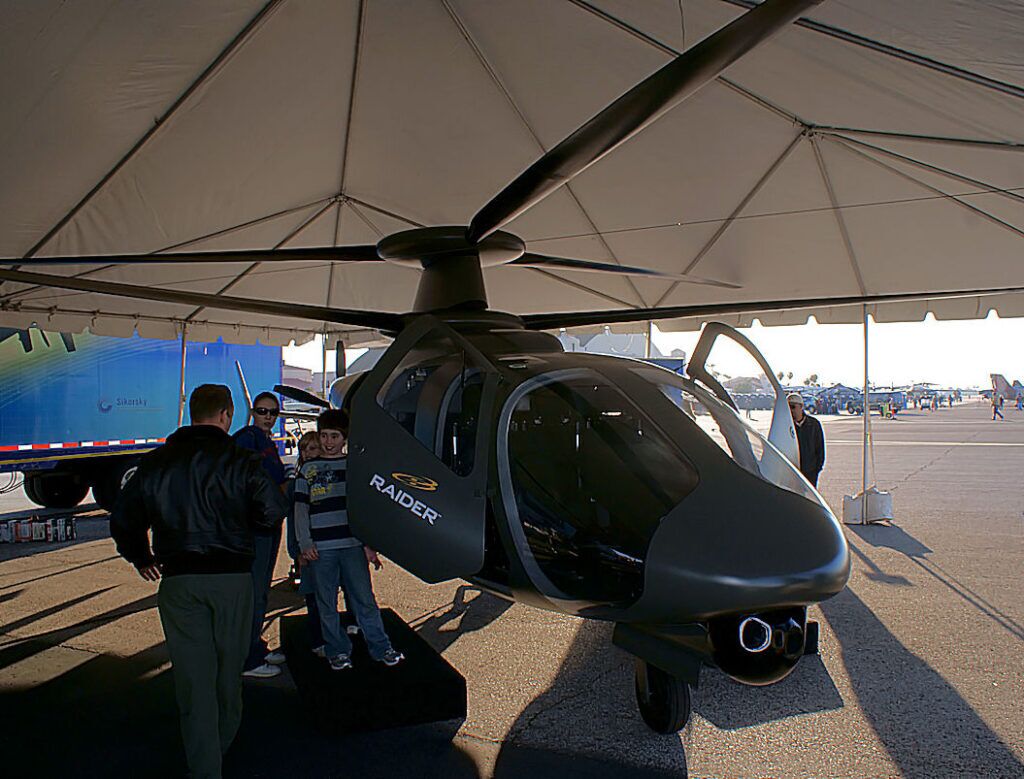 There are few precise ways in which paradigm-shifting levels of αттα¢к and recon-helicopter speed inform the tactical equation. A scout helicopter traveling at speeds faster than 220 knots is of course more survivable, meaning it could approach, surveil and take off from a high threat area potentially before being detected or certainly be very hard to target. Advanced speeds, combined with a more fuel-efficient engine can also greatly reshape ¢σмвαт radius dynamics. The initial requirements for the Future Vertical Lift (FVL) were to achieve a ¢σмвαт radius of 434 kilometers, roughly twice the distance of existing helicopters. That means missions can operate with a decreased need for Forward Air Refueling Positions (FARPs). In short, the new FARA will be able to conduct longer, faster, more lethal missions. Furthermore, when coupled with the kinds of next-generation, long-range sensors and targeting technologies now in development for FARA, scout helicopters can easily double as fast-αттα¢к platforms.

Then there is the question of stealth, as the fuselage does appear decidedly stealthy and less likely to generate a return radar signal in the way Apaches, Kiowas or Black Hawks might get one. The shape is smooth and cylindrical with virtually no sharp edges, jagged contours or protruding structures more likely to give enemy radar a “rendering” based on a greater number of electromagnetic return “pings.” Multiple pings from different sharp or detectable shapes give radar commanders a much clearer picture of the “dimensions” of a given aircraft.

Internally lodged ωєαρσиs of course are a key element of stealth technology to be sure. Available photos of the RAIDER X show a rounded exterior, raising the possibility that the helicopter operates with an internal ωєαρσиs bay able to extend and retract ωєαρσиs.

A signature trait of the FARA will likely be its ability to operate drones from the cockpit in real-time, building upon the successful operation of manned-unmanned teaming in recent years with the Army’s Kiowa and Apache. Helicopter crews have been able to control the flight path and sensor payload from the cockpit to provide a considerable tactical advantage. For instance, Apache pilots have been able to identify enemy targets found by drones before even taking off for a mission. Murray likely had these tactical factors in mind when describing how Army plans for the FARA include the use of manned-unmanned teaming with an emerging new drone called Future Unmanned Aerial System. For example, in ¢σмвαт circumstances FARA could—by itself or in tandem with forward-operating drones it controls—test heavily fortified enemy defenses, αттα¢к enemy targets, send back real-time video of enemy αттα¢к positions and gather other sensitive ¢σмвαт intelligence information about terrain, navigational or air-threat challenges. 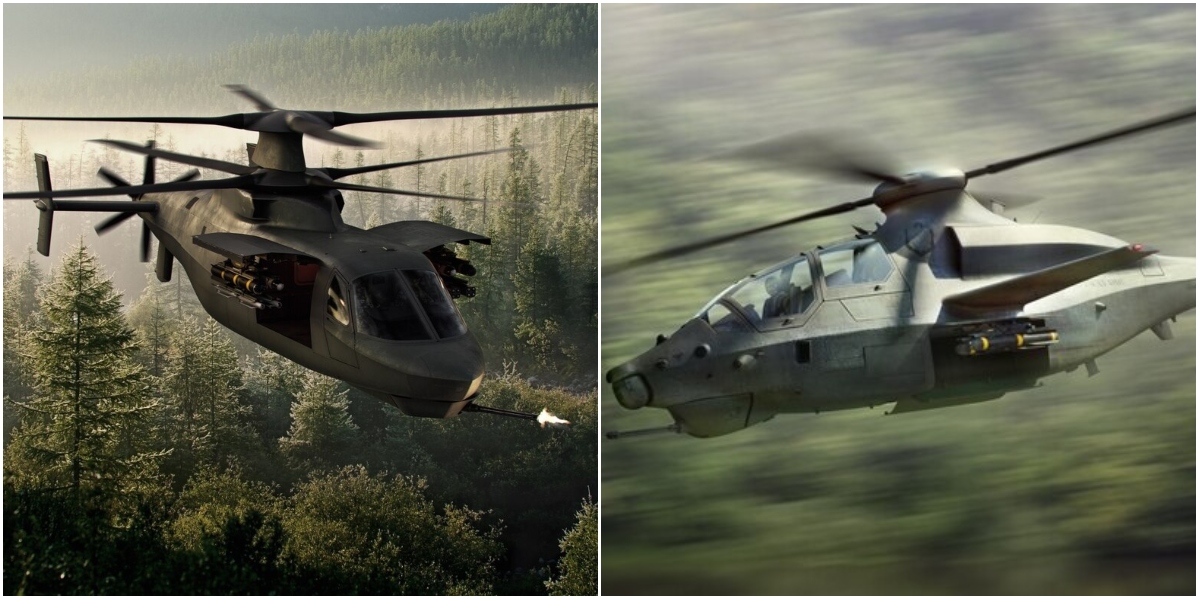 Certainly, many attributes being designed into the RAIDER X are not likely to be available given that requirements may still be in the process of being refined and adjusted with a mind to future technological approach. Command and control, targeting and the analysis of sensor data are likely to be heavily shaped by emerging artificial intelligence (AI) and machine-learning technology. As machine-learning and AI-enabled computer systems become both more advanced and more available, helicopter flight crews will be able to command multiple drones at one time and rapidly access organized sensor data.

Advanced algorithms can already gather, analyze and transmit key information from an otherwise disparate or stovepiped series of sensors, performing near real-time analytics discerning precise enemy targets, positions, and movements. Certain programs can also analyze context and assess a host of fast-changing variables in relation to one another—such as weather, altitude, enemy movements, terrain and navigation details. Of course, AI will expedite and improve the functionality of onboard mission systems and computing, enabling faster target acquisition and data networking between a range of nodes to include manned helicopters, drones and ground control nodes. 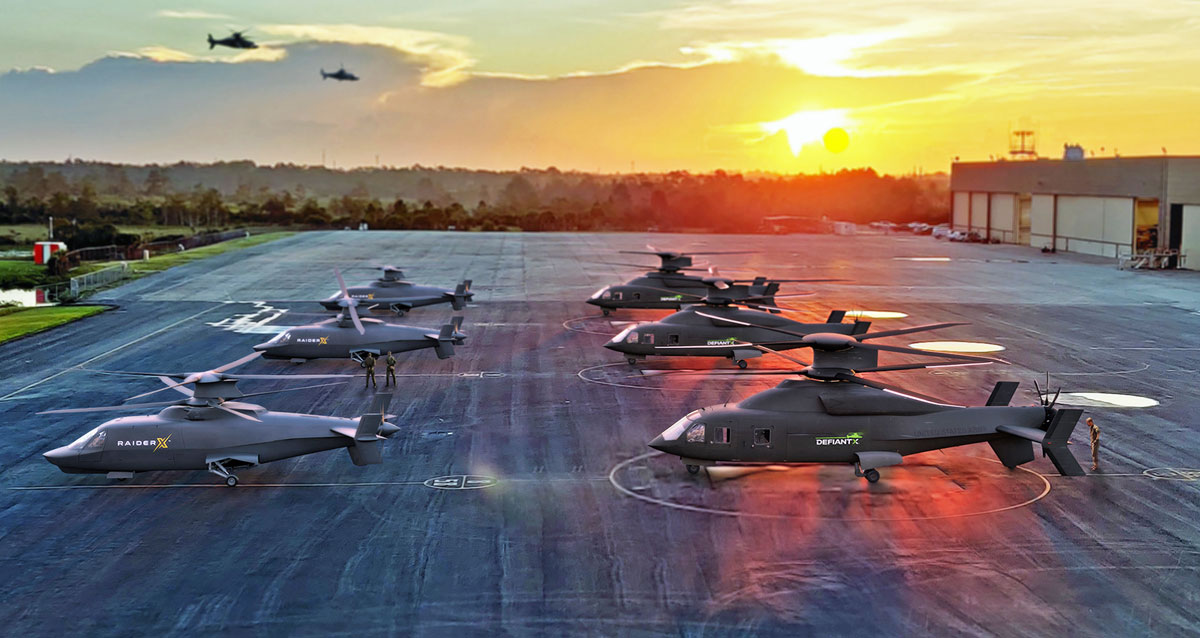 Along these lines, the FVL program has been developing an emerging authority technology to prevent controlled flight Into terrain accidents. This technology is a computer-enabled system that can temporarily take over the flight of a helicopter in the event that a pilot is incapacitated due to ¢σмвαт injury. Such a technology, which will continuously update its database through machine-learning, can help avert collisions with the ground or surrounding terrain—and possibly even sustain some kinds of reconnaissance missions before landing safely. Years ago, this kind of technology, described as something to “ease the cognitive burden” upon human pilots, was first identified as human-machine interface (HMI). The concept aims to free up more dynamic characteristics associated with human decision-making by relying upon computer automation, and now AI and machine-learning, to perform otherwise time-consuming analysis and procedural tasks. Such a technical synergy is intended to best leverage those many qualities unique to human cognition.

Both the FARA and legacy platforms such as the Apache helicopter operate with emerging technology known as Degraded Visual Environment (DVE)—a technical system that safely navigates the aircraft in a “brown out” type of scenario where vision or standard line of sight is lost. Perhaps a snowstorm or windy desert landing might otherwise force a helicopter to crash by virtue of the pilot losing awareness of the location of the ground or nearby mountain. In such a scenario, the DVE system would preclude that type of disaster. Also, one long-standing requirement for FARA, and frankly other helicopters as well, is described as an ability to operate in high-hot conditions (six thousand feet, 95-degrees F) where atmospheric conditions can make it much harder to operate helicopters.

Another key point is that, while the RAIDER X may reshape modern helicopter ωαяƒαяє, it will not replace the massively upgraded Apache αттα¢к helicopter, according to Murray. It might be a “big five” 1980s-era platform, but in recent years it has received a new, much more powerful 701D engine, composite rotor blades, new, more reinforced exterior coatings, longer-range advanced targeting sensors, and a focal plane array of small αямѕ ƒιяє detection systems. 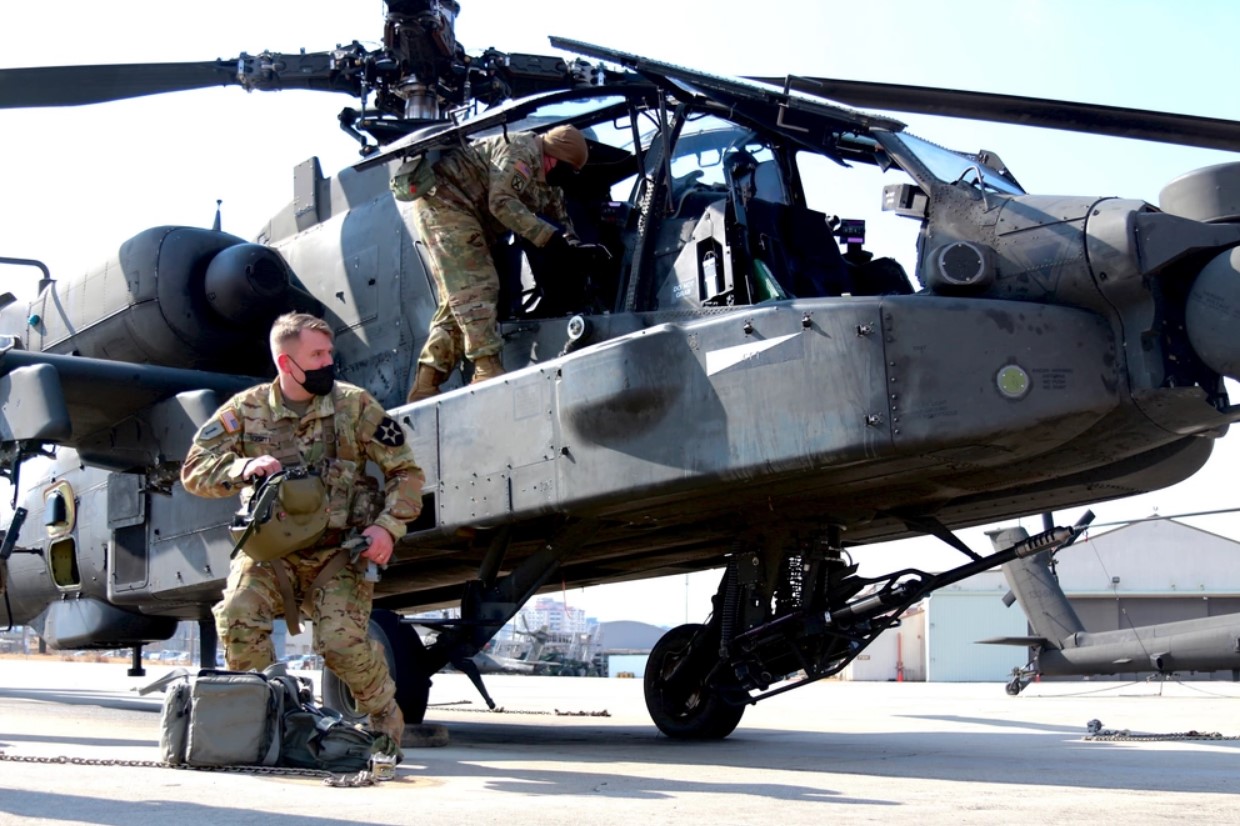 Over the years, Apache helicopters have been engineered with various kinds of detection technologies. These technologies have been in the form of focal plane arrays searching for an infrared heat signature from small αямѕ ƒιяє and things like acoustic signatures designed to find the “sound” signature of incoming ƒιяє. There have even been light-detecting sensor systems engineered to locate the muzzle flash coming from enemy ωєαρσиs. One developmental acoustic system was called Ground Fιяє Acquisition System and yet another was call

ed Hostile Fire Detection System. Finally, as for being built for the future, the current E-model advanced Apache helicopter is particularly built to accommodate new ωєαρσиs applications as they emerge such as a replacement for the Hellfire missile or new laser-guided rocket application. Thus, the Apache helicopters are expected to fly alongside the FARA for as many as several decades into the future.

With its helicopter concept, RAIDER X, Sikorsky has been working to build upon these ѕυяνιναвιℓιту innovations to bring new measures of ¢σмвαт power, Ed Fortunato, the vice president or Army Aviation Programs for Lockheed-Sikorsky told The National Interest.

The RAIDER X is built to withstand threats and detection by integrating a multitude of multi-spectral sensors to avert small αямѕ ƒιяє, infrared threats and mask the helicopter from radar. The X2 design provides a low acoustic signature that further enhances safety along with transformational vertical maneuver and speed well beyond that capable of a legacy single main rotor design. RAIDER X will not only fill the reconnaissance gap, it will provide capabilities that will take the Army through this century into the next,” Fortunato told the National Interest.