Kamov Ka-52 Alligator, also known as Hokum-B. This is a two-seat version of the Ka-50.

Kamov Ka-52 Alligator, also known as Hokum-B. This is a two-seat version of the Ka-50, classified as a multi-role attack helicopter in all weather conditions, day and night. Development began in 1994 and the first flight was made in 1997.

Due to budget constraints, these helicopters are produced in small numbers. To date, the Russian army operates about 127 helicopters. An export version of this attack helicopter has also been developed. In 2017, a naval version of the Ka-52 was exported to Egypt in about 30 units. 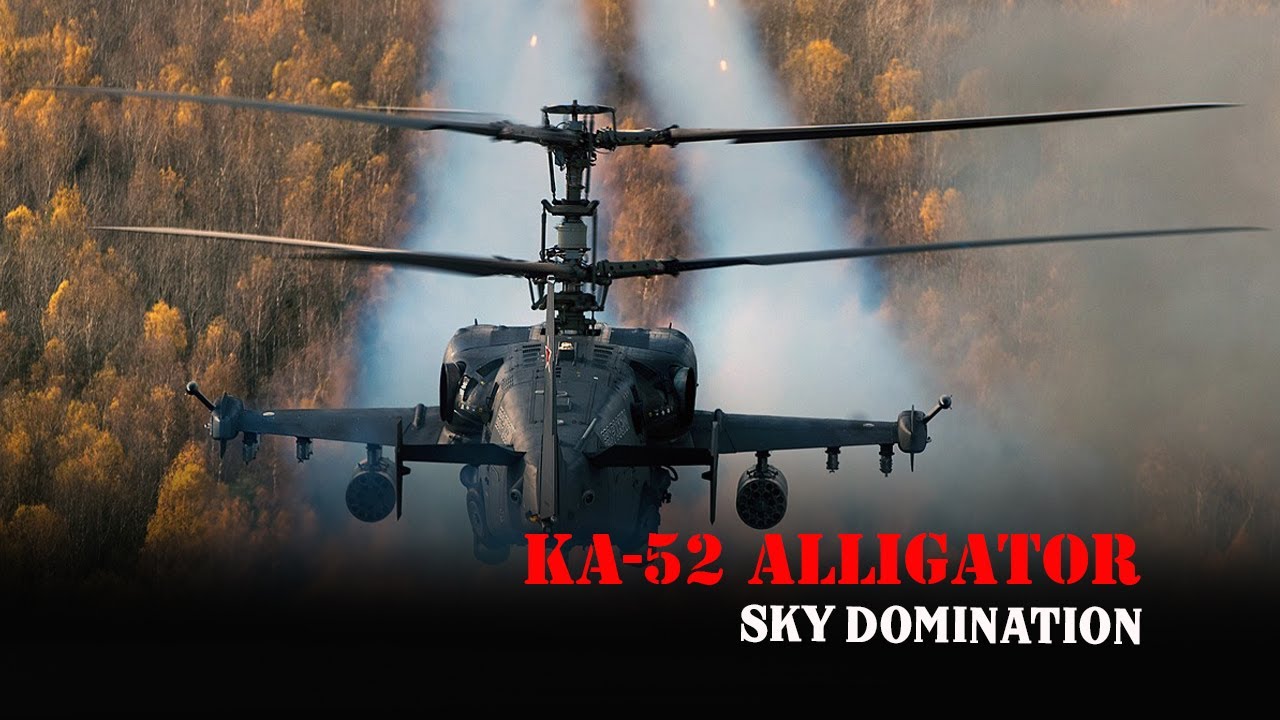 Compared to Mil’s helicopters, the Ka-52 was significantly smaller in size. It has an empty weight of 7.7 tons and a maximum takeoff weight of 10.8 tons. It measures 13.5 meters in length, 4.95 meters in height, and the diameter of main rotors is 14.5 meters.

The Ka-52 inherited the design of the Ka-50, with some modifications. Compared to the original Ka-50, the Ka-52 had a softer nose,  and a radar system with two antennas – mast-mounted for aerial targets and nose-mounted for ground targets.

The Ka-52 uses a twin-seat cockpit, side by side. Both pilots have complete control of the helicopter. The modern glass cockpit is equipped with a head-up-display (HUD), four SMD 66 multifunction displays, helmet-mounted sight display, image intensifiers and a GPS receiver. The helicopter also integrates a FAZOTRON cabin desk radio-locator and navigation and attack system for helicopters (NASH). The avionics suite is all-modern, with a high level of automation for reduced crew workloads. 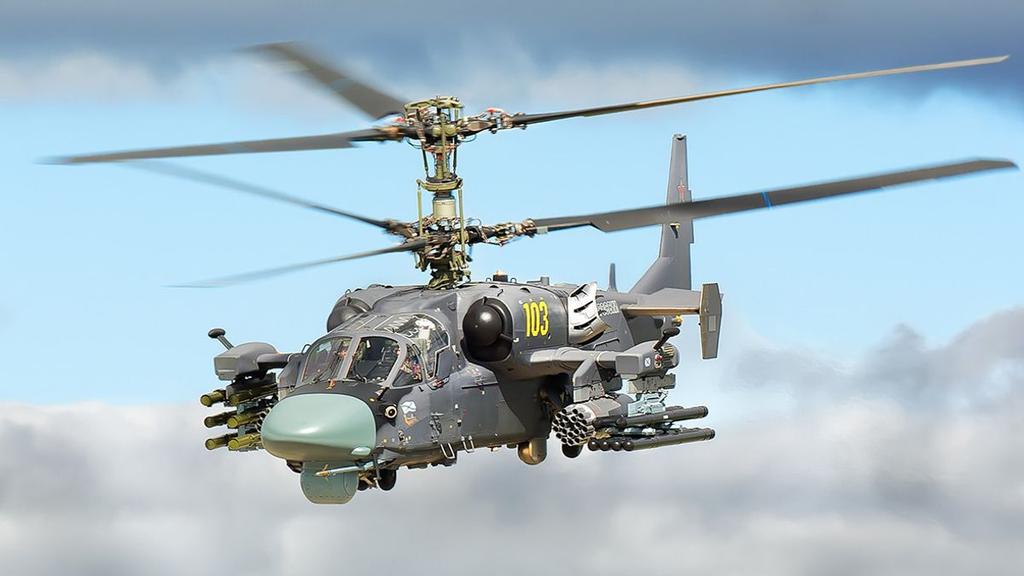 The Kamov Ka-52 Alligator is powered by two upgrated Klimov VK-2500 turboshaft engines, producing 2,400 hp each. The main rotors are coaxially positioned, eliminating the need for a countering tail rotor unit. This also helps it increase survivability on the battlefield.

Its two main coaxial rotors give the Hokum-B a unique maneuverability. It is one of the most maneuverable helicopters in the world. Ka-52 can reach a top speed of 310 km/h, a service ceiling of 5.5 km, ferry range is 1,100 km with a combat radius of about 460 km. 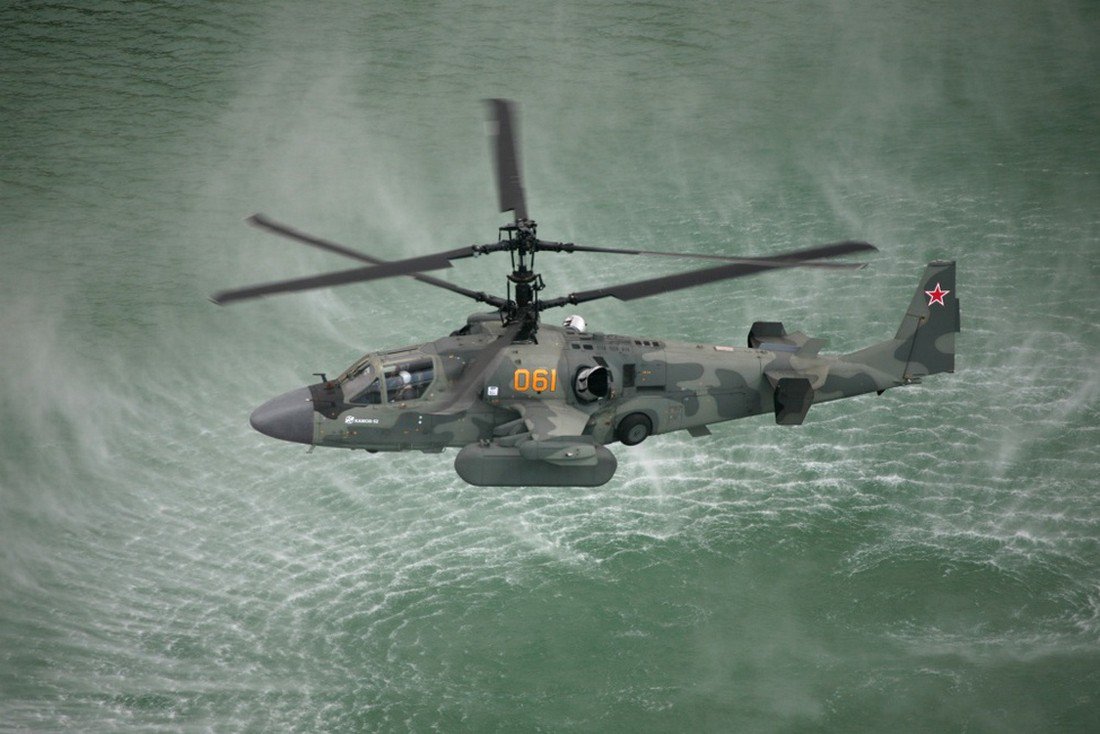 The Ka-52 retains all combat capabilities of its predecessor. It is armed with a side mounted 30 mm Shipunov 2A42 cannon – dual feeding AP or HE-Frag.

It can carry a variety of weapon combinations on hard points, including anti-tank missiles, air-to-air missiles, unguided rockets, bombs. For anti-armor missions it is armed with up to 12 Vikhr ATGMs. The Vikhr missiles are capable of defeating even the most protected main battle tanks.

According to the Avia.Pro, the Russian Army is likely to equip the Hermes-A anti-tank guided missiles for the Ka-52 “Alligator” attack helicopters in the near future. With the Hermes missile, the Alligator can attack targets from a distance of up to 100km with a maximum deviation of only 0.5m. Each Ka-52 can carry up to eight Hermes missiles, which is more than enough for it to completely wipe out a company of enemy tanks. 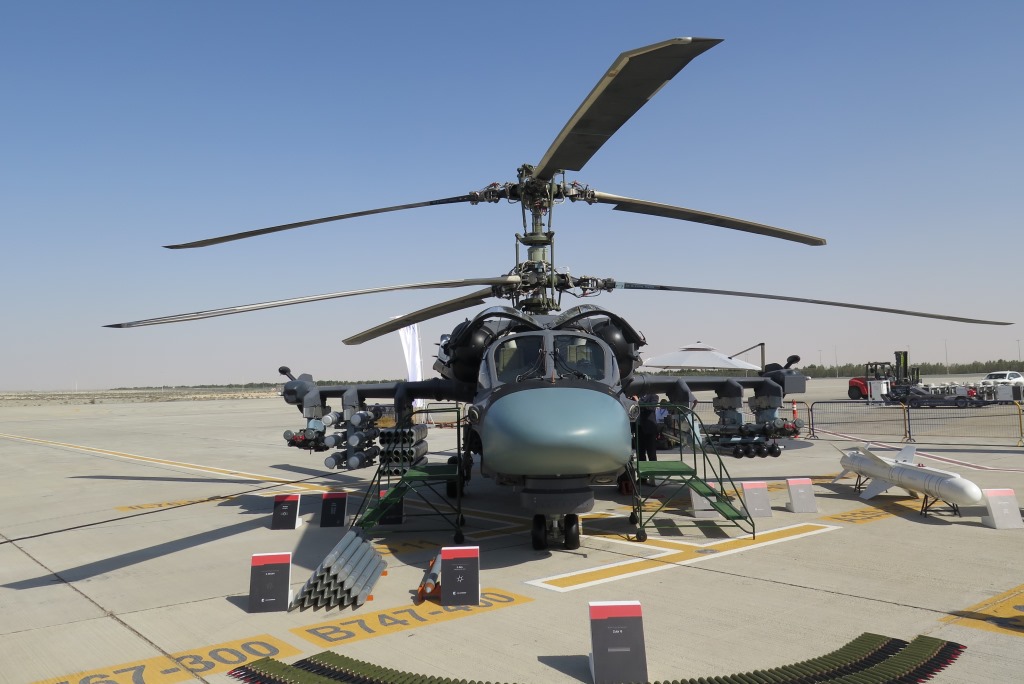