Skip to content
Home Military Introducing the Russian BM-21 Rocket Launcher, one of the most lethal MBRLs in existence

The BM-21 rocket is a 122mm 40-barrel self-propelled rocket artillery system developed by the former Soviet Union. The system began to be equipped with the Soviet Army Artillery Corps in 1964. At present, the artillery regiment of the motorized infantry division and the tank division has a BМ-21 rocket artillery battalion equipped with 24 systems. Mainly used to destroy enemy tactical nuclear weapons, fight with enemy artillery, and strengthen the firepower of regiment artillery group. It is usually deployed in the range of 2-6 kilometers behind the front of the enemy, and the suppression depth is 14-18 kilometers. The most worth mentioning is the BM-21 rocket launcher, which was equipped with the Soviet Army’s motorized infantry and tank divisions in the 1960s, and was also equipped with a large number of Southeast Asian and former Warsaw Pact countries. This rocket launcher has had a profound impact on the development of rocket launchers around the world. 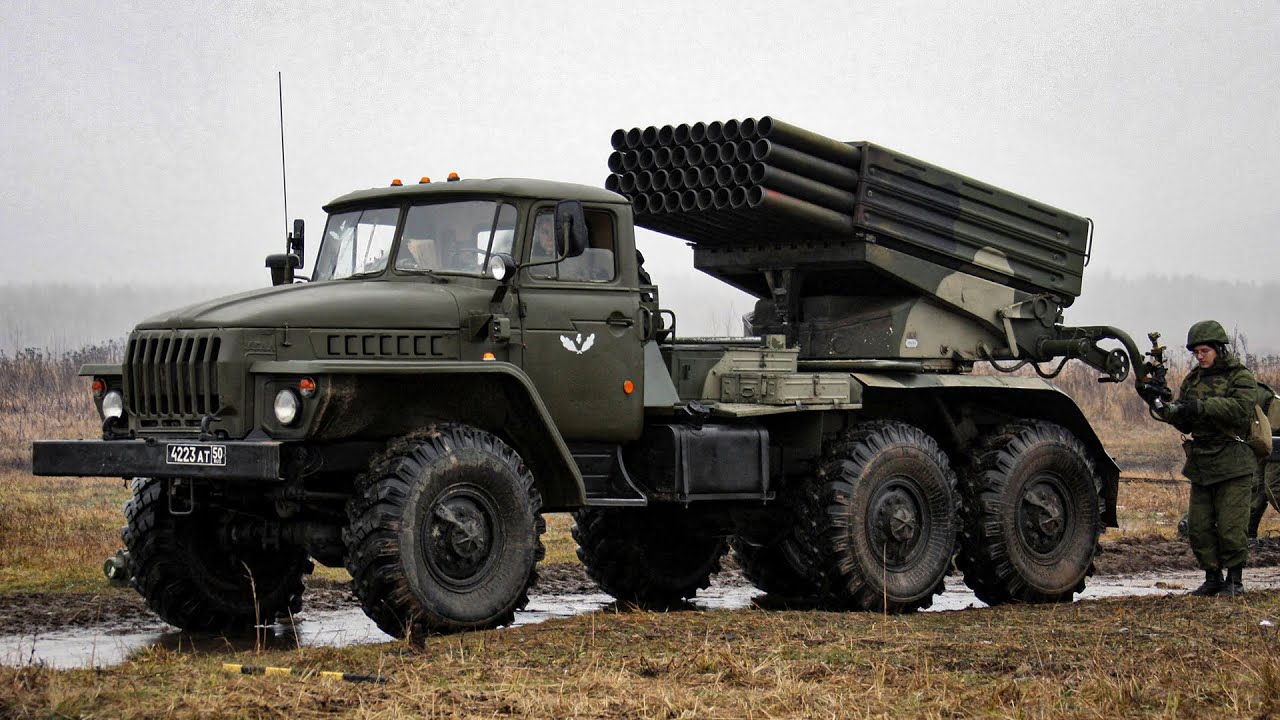 The BM-21 is famous for its advanced and devastating performance. More than 2,000 units of this system has been produced and sold well in more than 50 countries. The BM-21 type has been the most important front-line artillery of the former Soviet army since 1964. Each type of motorized division is equipped with one battalion, with 18 guns per battalion. The early BM-21 used the Ural-375 truck as the chassis, with a maximum speed of 70 kilometers per hour, and later switched to a 4*4 wheeled off-road vehicle with a maximum speed of 85 kilometers per hour. The BM-21 can launch 40 rockets in 18 seconds, and the entire battalion can launch 720 rockets or chemical bombs in a salvo, with a total weight of 48 tons, which exceeds the capacity of a single salvo of all barrel artillery of the U.S. Army division. Until now, this rocket is still the standard equipment of the artillery of many countries in the world. 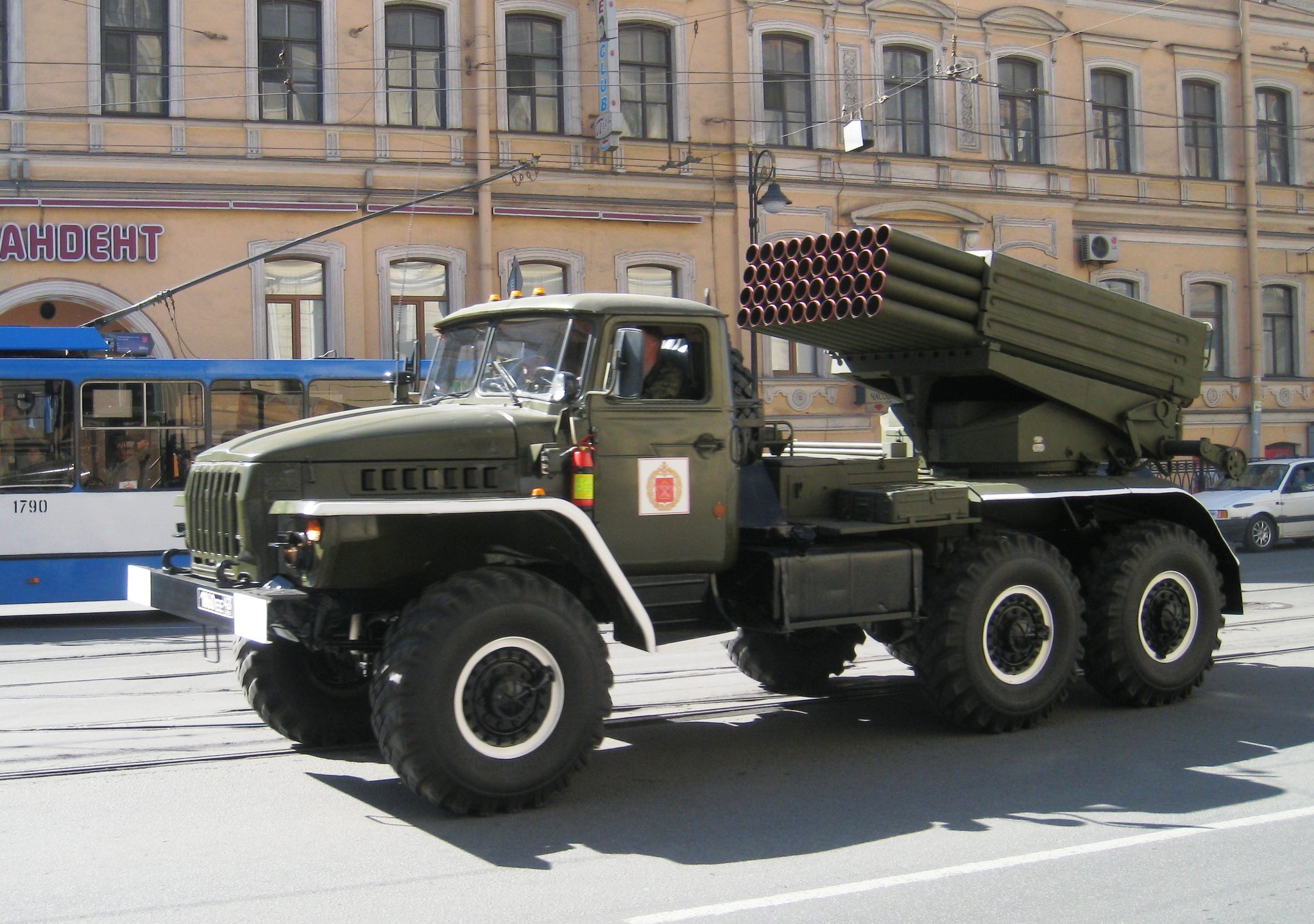 Following the BM-21 rocket launcher, the BM-22 (also known as “Hurricane”) began to equip with troops in 1987, mainly equipped with artillery units above the division level. The caliber is 300 mm. It adopts the traditional layout of the former Soviet rocket launcher system with 12 directional tubes, with four tubes on the left and right, and four tubes in the upper row. Each directional tube is 8 meters long, and the chassis is an MA3-543 8*8 truck, which has high mobility. The entire combat system weighs 43 tons and has a total of four crew members. 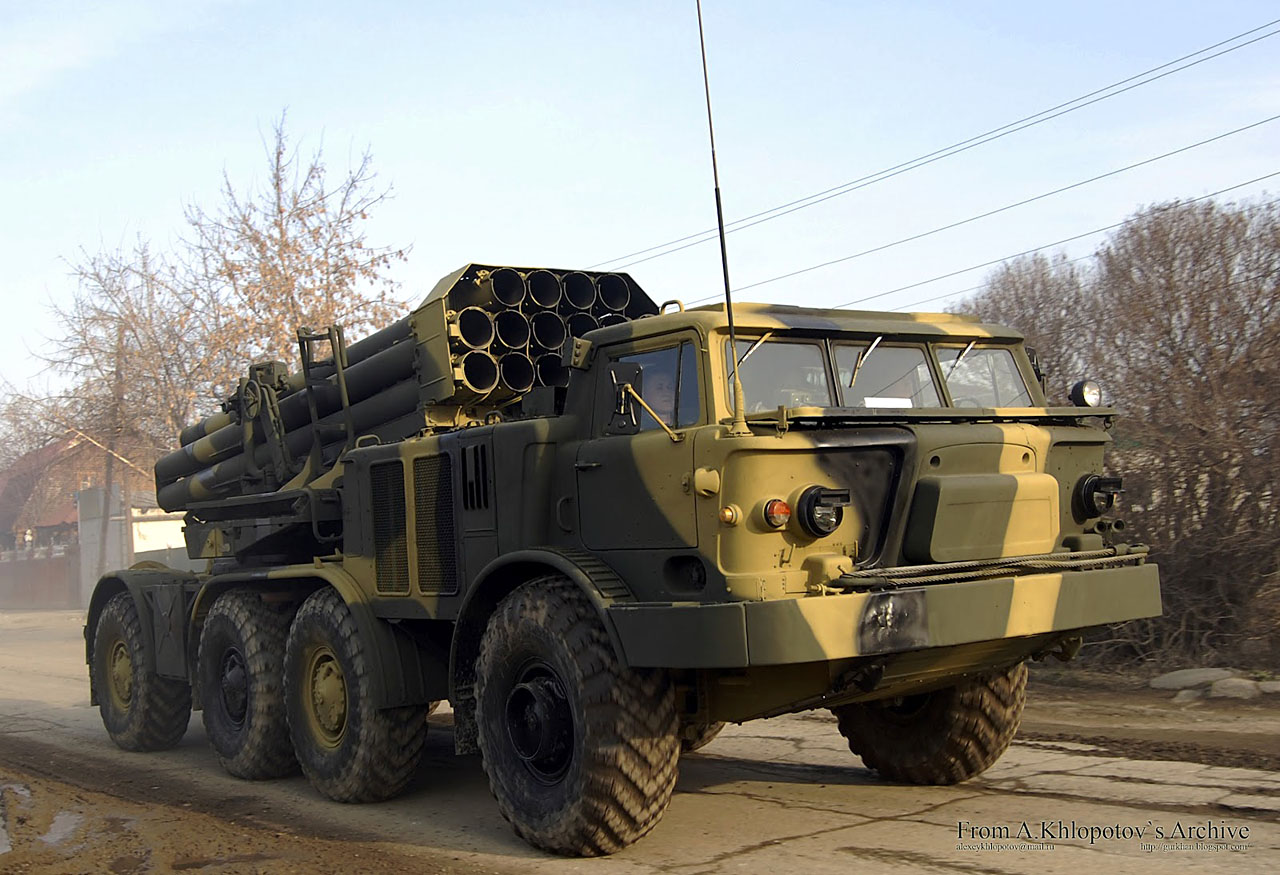 The “Hurricane” is equipped with an automatic loader. When the rockets are fired, the loader can use the mechanical loading system to quickly load 12 rockets into the directional tube from the MA3-7313 ammunition supply vehicle. With a maximum range of 70 kilometers, it was the longest-range rocket launcher in the world at that time. 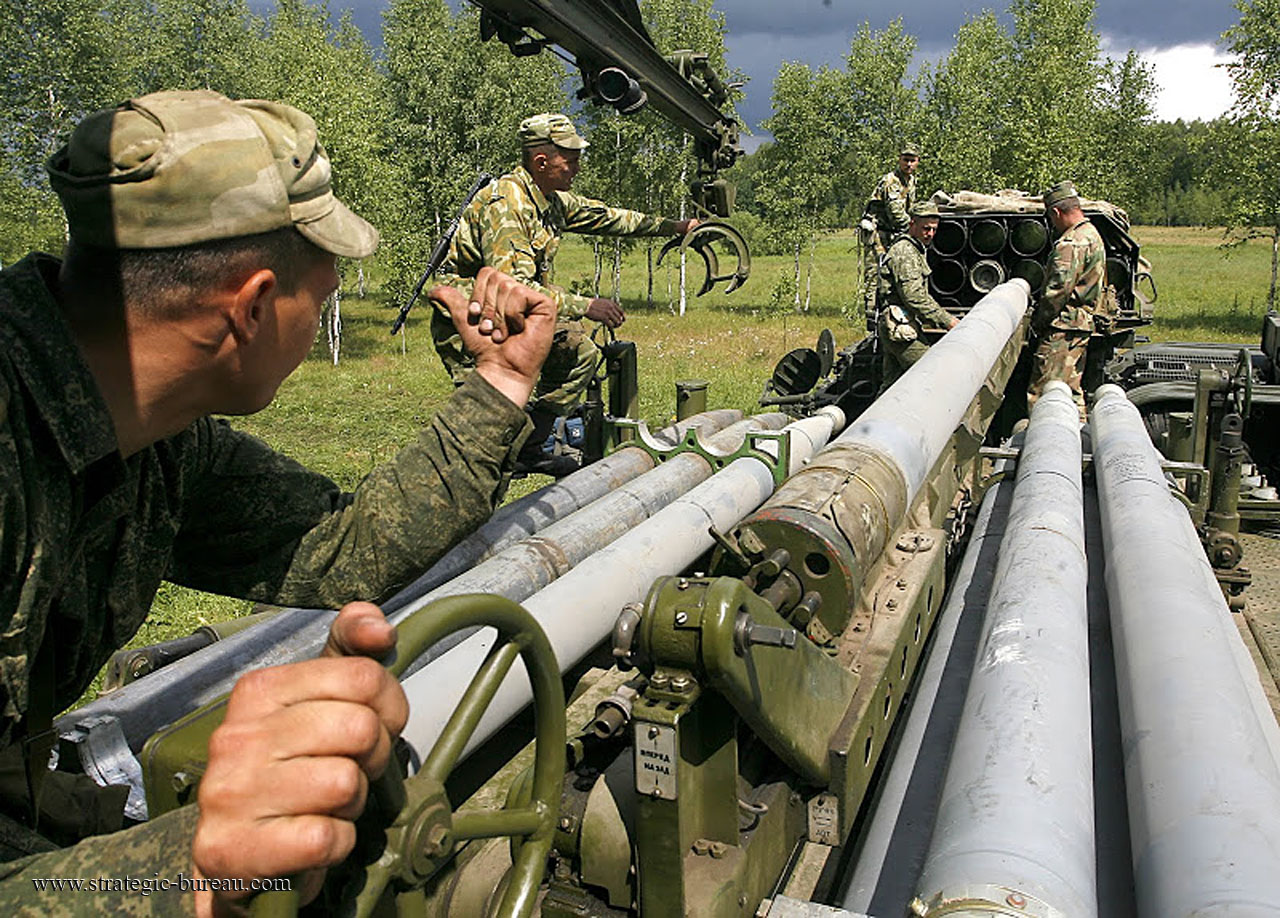 The system is equipped with an automated fire control system, including a ballistic computer system, a radio transmission system and an automatic positioning system. Each rocket artillery battery is also equipped with a firing command vehicle. After receiving the target data, the positioning system automatically measures the relative position, the fire control computer calculates the deviation, and the data is sent to the launch control system. The rocket uses simple inertial navigation technology in the early stage of flight, which can be automatically corrected in the flight. “Hurricane” uses High-Explosive rockets that are 7.5 meters long, weigh 800 kilograms. 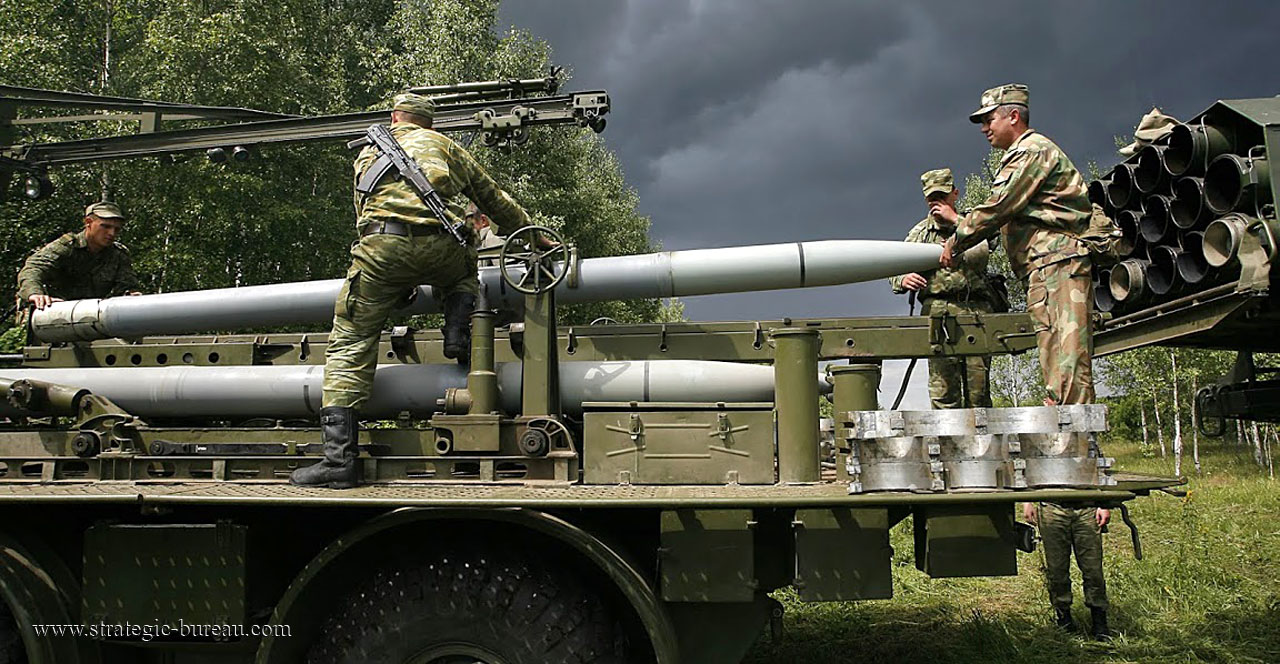 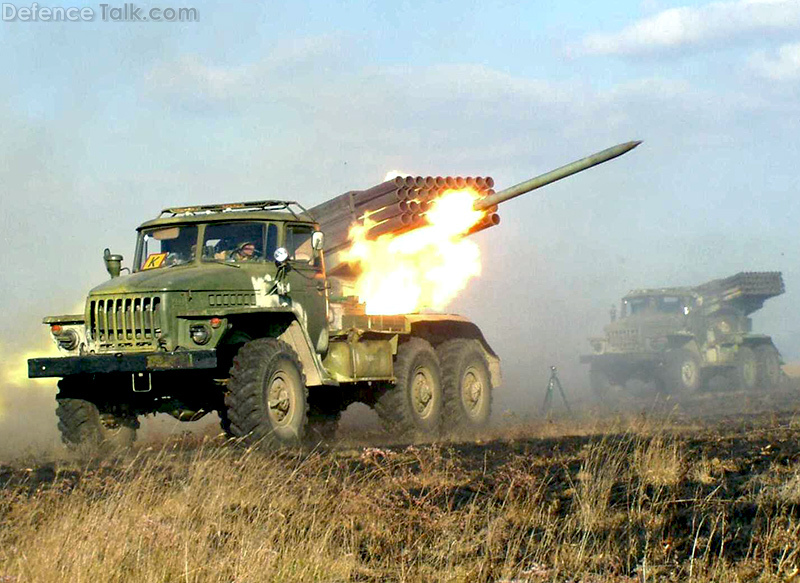