Australia’s first MQ-4C Triton Remotely Piloted Aircraft System was rolled out in September as part of a partnership between the Department of Defence, the US Navy and Northrop Grumman. 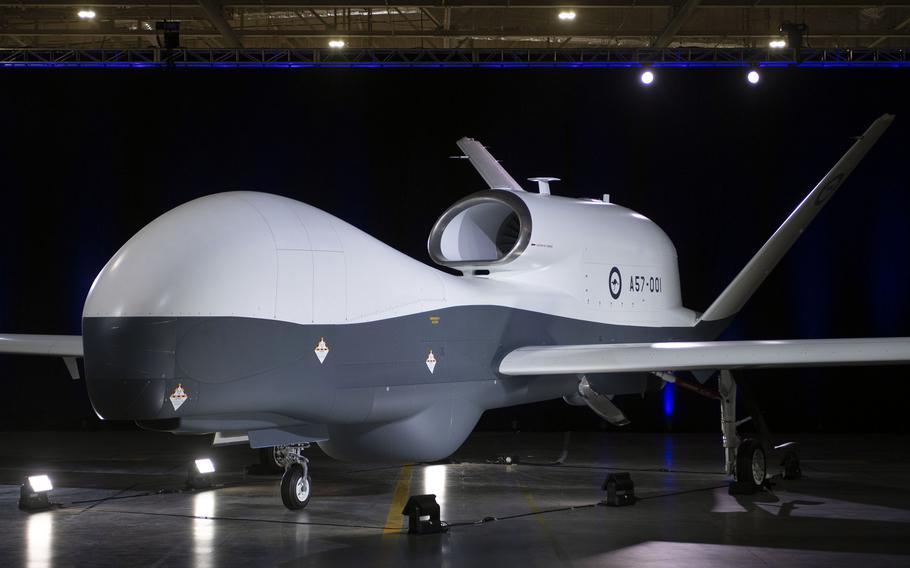 Australian head Air Force Capability, Air Vice-Marshal Robert Denney, said the partnership will allow for not only intelligence, surveillance and reconnaissance roles but it will support a broad range of joint effects and fully integrate into Air Force’s combat architecture: “This partnership is pushing the boundaries of Air Power to pursue a truly advanced platform that will provide both a foundational capability and a growth path for future decades,” Air Vice-Marshal Denney said. “Once in service, the remotely piloted High Altitude Long Endurance aerial system will significantly enhance our ability to persistently patrol Australia’s north and north-western approaches, in the southwest Pacific and south to Antarctica. Triton will complement the surveillance role of the P-8A Poseidon by providing sustained operations at long ranges, and undertaking a range of intelligence, surveillance and reconnaissance tasks.

Head Aerospace Systems Division, Air Vice-Marshal Leon Phillips, commended Defence’s effective partnership with the United States Navy through the Triton Cooperative Program and with the manufacturer of the Triton, Northrop Grumman: “This project is an excellent example of the successful partnership between our two nations and reflects the collaborative work between Defence and defence industry in delivering this strategic capability,” Air Vice-Marshal Phillips said. “Defence will invest more than $900 million in the Australian industry, including sustainment, ICT and facilities.”

Defence expects the first of up to seven Australian MQ-4C Triton aircraft, including the relevant ground and support systems, to be completed and delivered to Australia in 2024.