Unicorns have starred in hundreds of mythological stories, tales and fables . And, although the magical properties that have been attributed to it in many of these stories are not proven, thanks to a recent discovery, these animals could have existed.

While a previous find in  Kazakhstan  held that this magical species had been extinct for 350,000 years, new studies show that it wasn’t that long ago that these beings inhabited the planet we walk on. 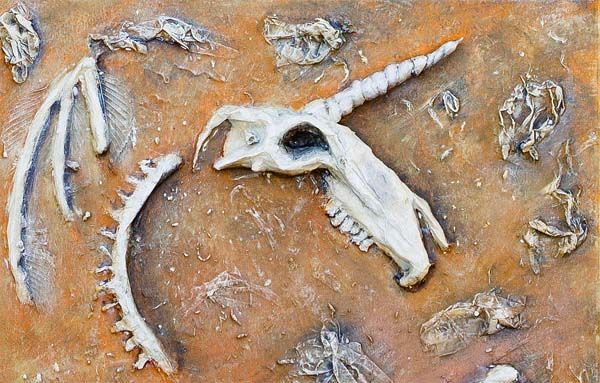 However, they would have little to do with the idea of ​​a unicorn that, due to movies, mythology and literature, we have in our imagination. It would be a Siberian unicorn, called  elasmotherium sibiricum , and due to its large size, it would actually resemble a rhinoceros or a mammoth more than a horse.

These animals belonged to the rhino family, with which they bear a great resemblance, but their frontal horn was longer and thinner. According to studies, unicorns would reach 2 meters high and 4.5 meters long, being larger than horses, with which they are sometimes compared.

But, the question on the minds of the researchers is how this unicorn was able to live for much longer than its conspecifics.

“Most likely, southern Western Siberia was a sort of refuge where this rhino species persevered longer compared to the rest of its range.”

Said a member of the team,  Andrei Shpanski .

The team hopes that the finding will help to better understand how environmental factors play a role in the extinction of a creature, as it appears that some specimens of this species may have lasted much longer than previously thought.

Without further ado, for the moment, I invite you to be part of the Mystery community: By clicking here we publish articles every day.