The 189th and final AH-1Z Viper aircraft of the U.S. Marine Corps Program of Record (POR) was delivered from Bell to the U.S. Marine Corps here, November 4. Col. Nathan “MOG” Marvel, commanding officer of Marine Aircraft Group 39, flew the Viper from Bell in Amarillo, Texas to the receiving unit, Marine Light Attack Helicopter Training Squadron (HMLAT) 303, where a short reception acknowledging the historic moment ensued. Bell completed the UH-1Y Venom POR of 160 aircraft in 2018, bringing the combined H-1 POR to 349 aircraft. The U.S. Marine Corps ordered its first lot of H-1s in 1962, and the program has evolved in the six decades following.

“The completion of the H-1 Program of Record delivery is a momentous event for Marine Aviation. By no means is this the end of an era – it is the next chapter in the great legacy of the H-1 and the U.S. Marine Corps. Today’s H-1s are far more ℓєтнαℓ, survivable and sustainable than their predecessors. They bring capability and capacity to the battle space that no other platform can provide. These aircraft build on combat proven tasks such as Offensive Air Support and Assault Support but also have demonstrated the ability to conduct sea control and sea denial operations. They are proven кιℓℓ chain enablers and effecters,” Col. Nathan “MOG” Marvel said. 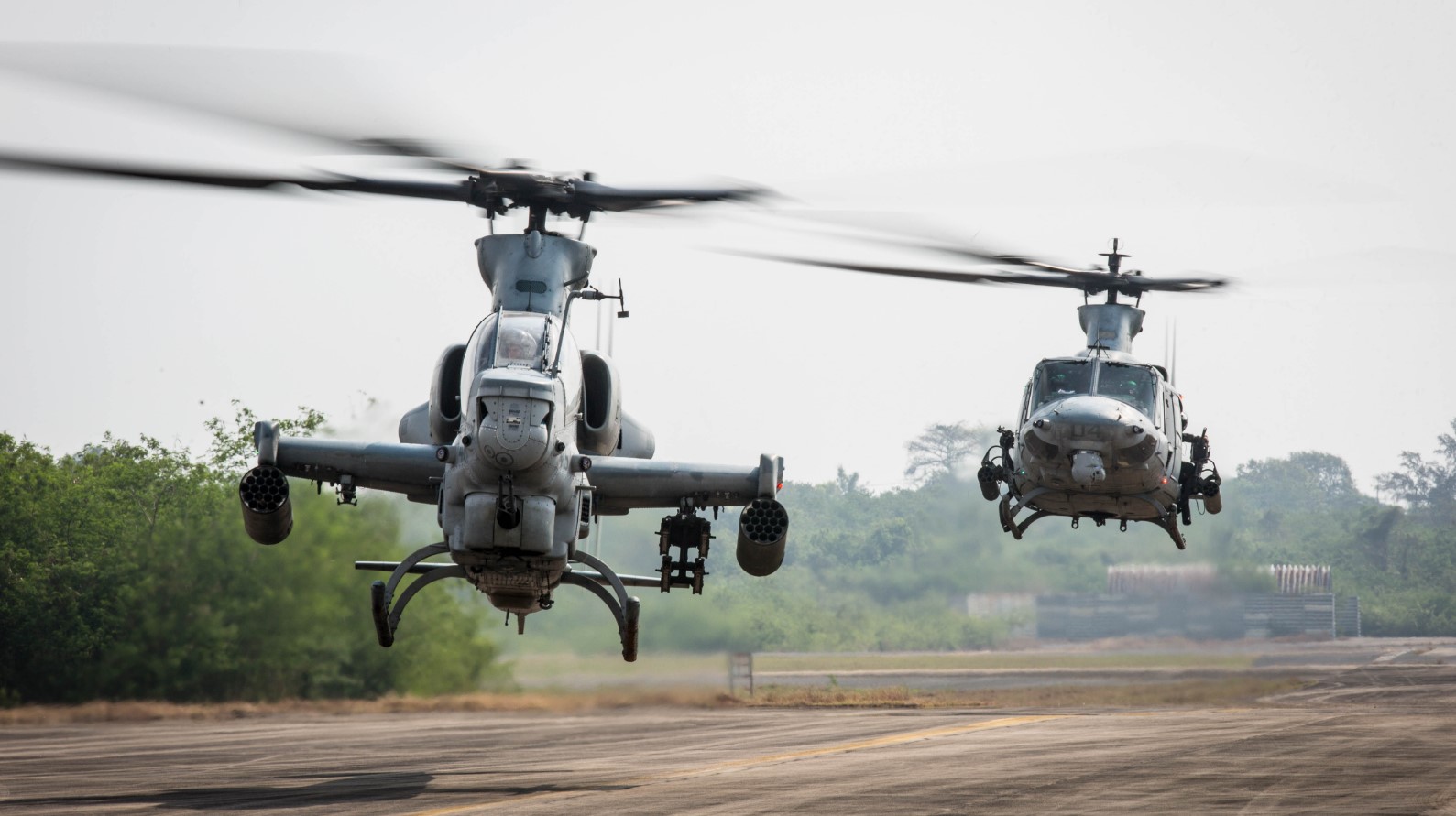 In 1996, the USMC launched the H-1 upgrade program by signing a contract with Bell Helicopter for upgrading 180 AH-1Ws into AH-1Zs and upgrading 100 UH-1Ns into UH-1Ys. Since the first delivery of the AH-1Z and UH-1Y to the U.S. Marines, the H-1 mixed fleet has accumulated more than 450,000 flight hours through a full spectrum of military operations. Bell will continue to support the U.S. H-1s with ℓєтнαℓity, survivability, and reliability upgrades through a long-term modernization plan that helps ensure the aircraft keep an overwhelming tactical advantage for generations. The H-1 production line is still active in support of foreign military sales to approved U.S. allies, including the Kingdom of Bahrain and Czech Republic.