The Border Guard Service of Ukraine reported another effective strike on russian position in the northwestern Kharkiv region. Coordinated with the artillery units strike led to the elimination of a russian “Shilka” anti-aircraft self-propelled gun.

In the following video, we can see the air defense system detected despite an attempt to hide in a forest line – once again Ukrainian drone operators demonstrate their skill in detecting such camouflaged equipment.

Previously, there were reports of these vehicles being captured or ∂єѕтяσуed by the Ukrainian forces, but this is seemingly the first footage of this system in Ukraine. According to “Military Balance-2022” there are currently only 60 units of ZSU-23-4 in the russian army, used by the naval infantry. 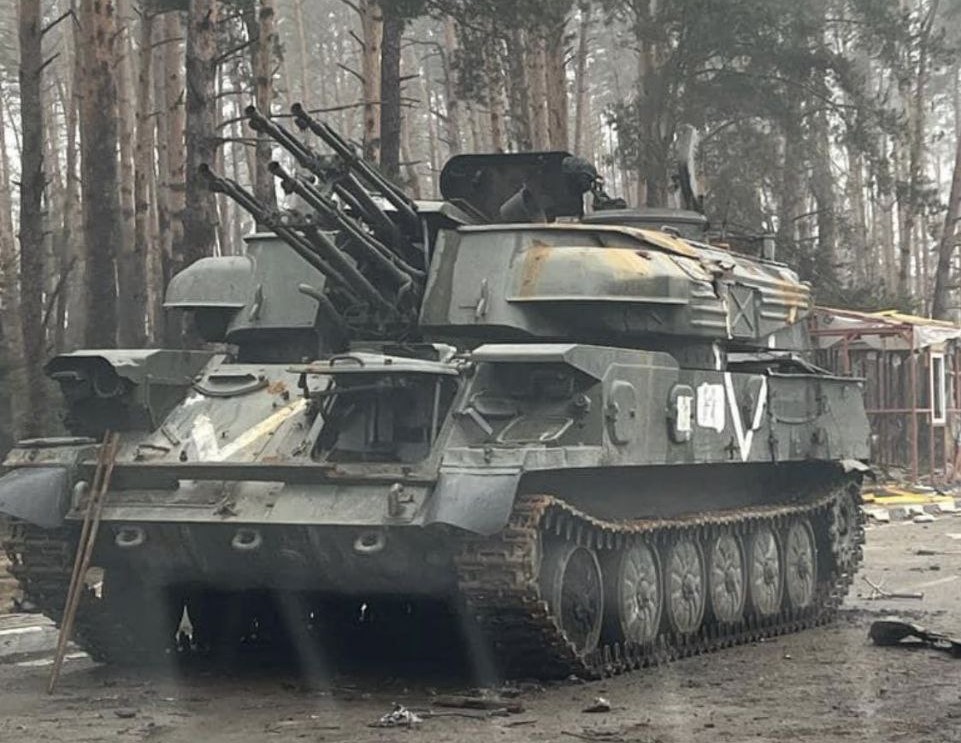 The ZSU-23-4 anti-aircraft artillery system nicknamed as “Shilka” is a Soviet-era self-propelled rapid-fire gun used by many countries of the world, including russia and Ukraine. It’s armed with four 2A7 autocannons of 23mm caliber, each having a rate of fire of 850 to 1.000 rounds per minute, according to WєαρσиSystems. The combined rate thus increases to 3,400 – 4,000 rpm, with an effective range of 2.5 km and a maximum altitude of 1.5 km.

Ukrainian Armed Forces also use a modernized variant of the gun – the ZSU-23-4M A1 “Rokach”. You can see this combat vehicle’s combat performance in the video above. The designers removed the entirety of the equipment but chassis and planted a new multifunctional radar station with a digital antenna array, surface-to-air missiles, and also made it fully digital.