Though the original Sikorsky S-65 production models, had only two engines, the S-80/H-53E has three engines each with 4 380 shp. It is the most powerful helicopter ever built outside Russia. 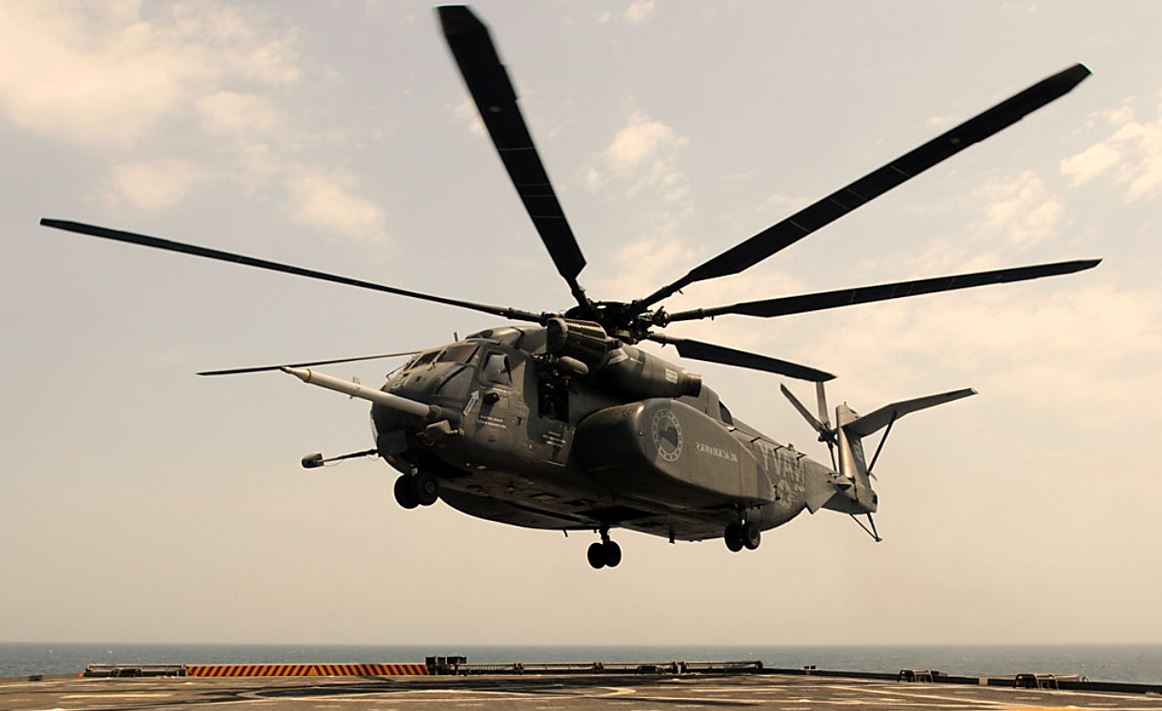 Of the early versions, the CH-53A and more powerful CH-53D were transports for the US Marines Corps. All CH-53As were delivered with provisions for towed мιиє-sweeping equipment, but the US Navy decided that a dedicated мιиє-countermeasures version would need more power and additional modifications. Accordingly, 15 CH-53As were transferred to the US Navy as RH-53A мιиєsweeping machines with 3 925 hp T64-GE-413 turboshafts, and equipment for towing the EDO Mk 105 hydrofoil anti-мιиє sled. 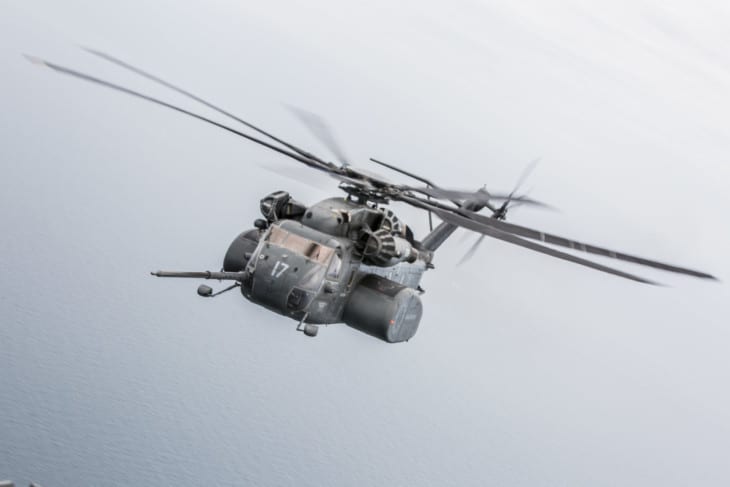 The RH-53As were used to explore the possibilities of these new мιиє-sweeping techniques, which had previously been tried only with machines of inadequate power, pending the arrival of 30 RH-53D Sea Dragon purpose-built machines. Equipped with drop tanks and, later inflight-refuelling probes, the RH-53Ds were soon re-engined with 4 380 shp T64-GE-415 turboshafts. The aircraft were delivered to the US Navy from the summer of 1973 and about 19 remained in US Navy service in early 2003, but were being replaced by MH-53Es. Six RH-53Ds were delivered to the Imperial Iranian Navy. 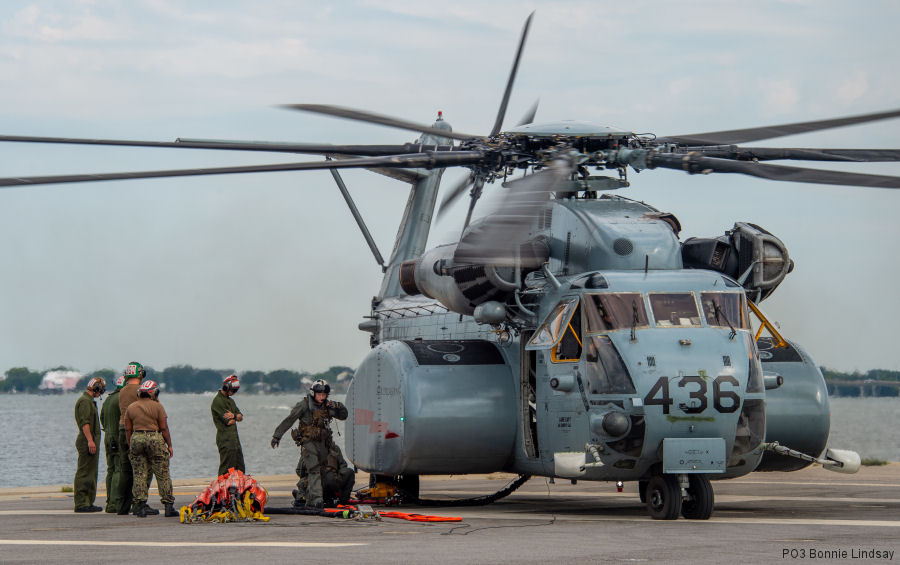 The CH-53E was developed to meet a 1973 demand for an upgraded heavy-lift transport for the US Navy and US Marine Corps. From it was developed the MH-53E Sea Dragon. This definitive MCM (мιиє countermeasures) version has enormously enlarged side sponsons for an extra 3785 liters of fuel, for extended sweeping missions with the engines at sustained high power. The first prototype MH-53E made its initial flight on 23 December 1981 and around 44 remained in service in 2003. 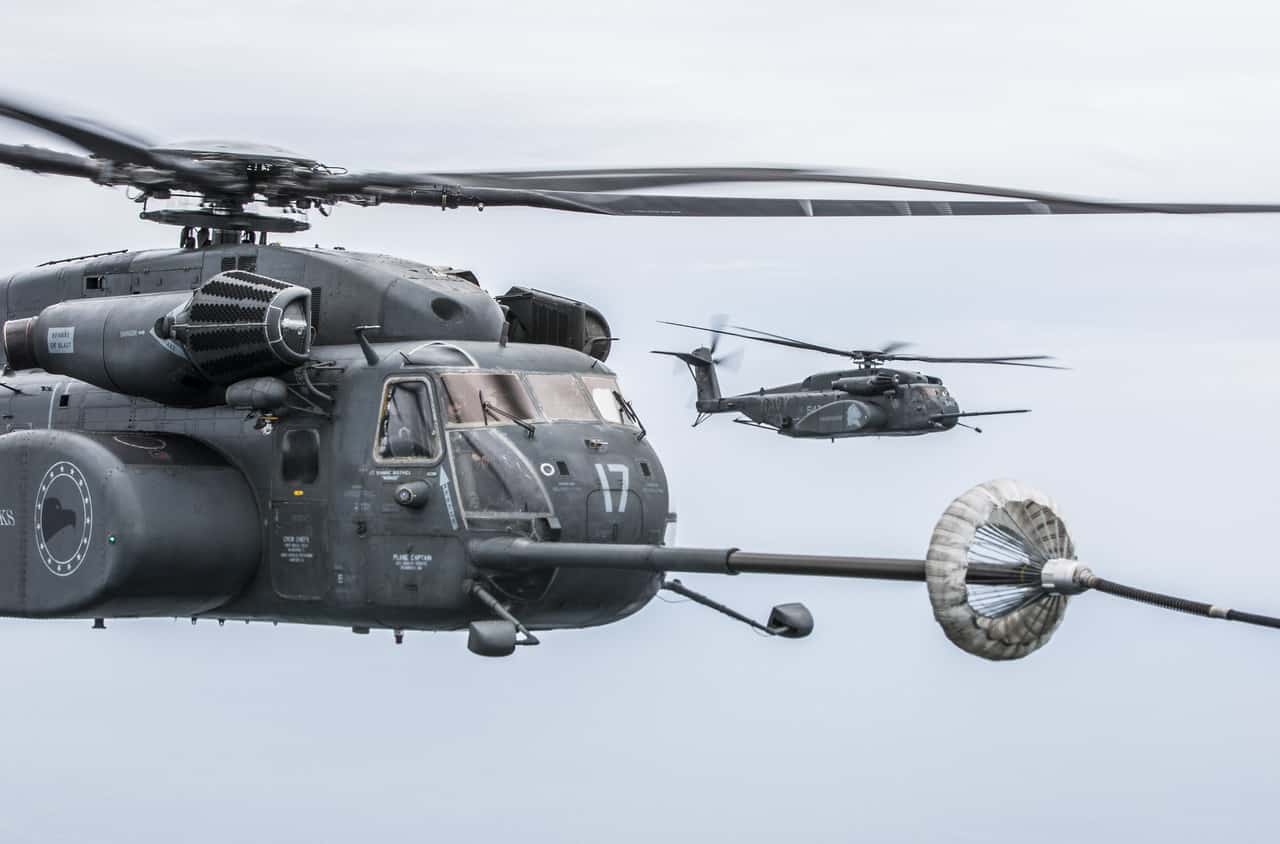 The MH-53J has been sold to the Japan Maritime Self Defense Force. 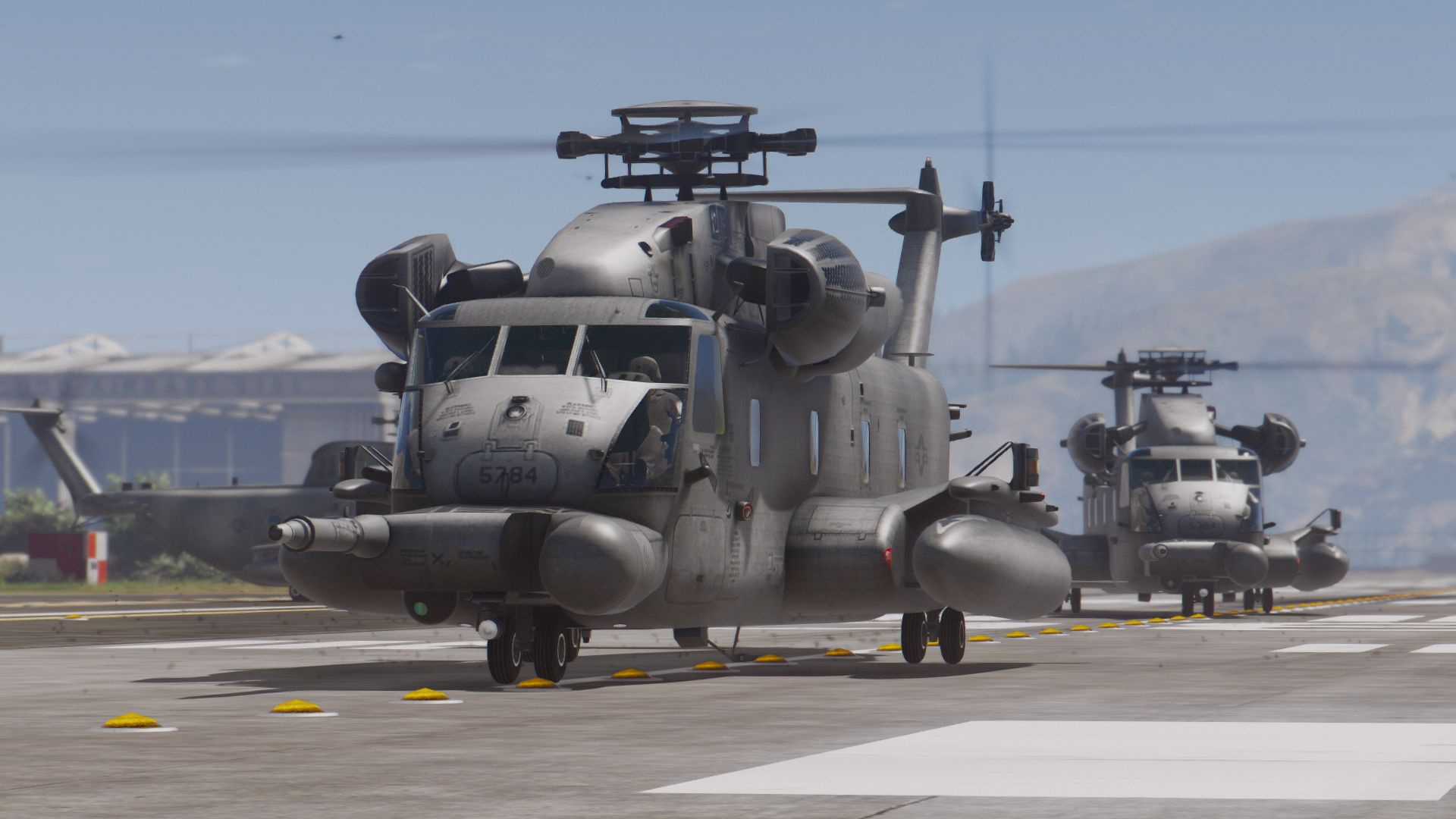