Rocket artillery is a type of artillery system that uses rocket explosives as the main projectile. The use of rocket artillery dates back to medieval China where devices such as fire arrows were used (mostly used as a psychological weapon). Fire arrows were also used in multiple launch systems and transported via carts. First true rocket artillery was developed in India by the Kingdom of Mysore. In the late nineteenth century, due to improvements in the power and range of conventional artillery, the use of early military rockets declined; they were finally used on a small scale by both sides during the American Civil War. Modern rocket artillery was first employed during World War II, in the form of the German Nebelwerfer family of rocket ordnance designs, Soviet Katyusha-series and numerous other systems deployed on a smaller scale by the Western allies and Japan. In modern use, the rockets are often guided by an internal guiding system or GPS in order to maintain high accuracy. The recent ongoing conflict between Russia and Ukraine has shown the importance of rocket artillery systems in modern warfare, which are the weapons that have the full capability to change the direction of wars. According to Military Watch, multiple rocket launchers since World War II have become an effective method of conducting long-range bombardment beyond the reach of conventional artillery systems. 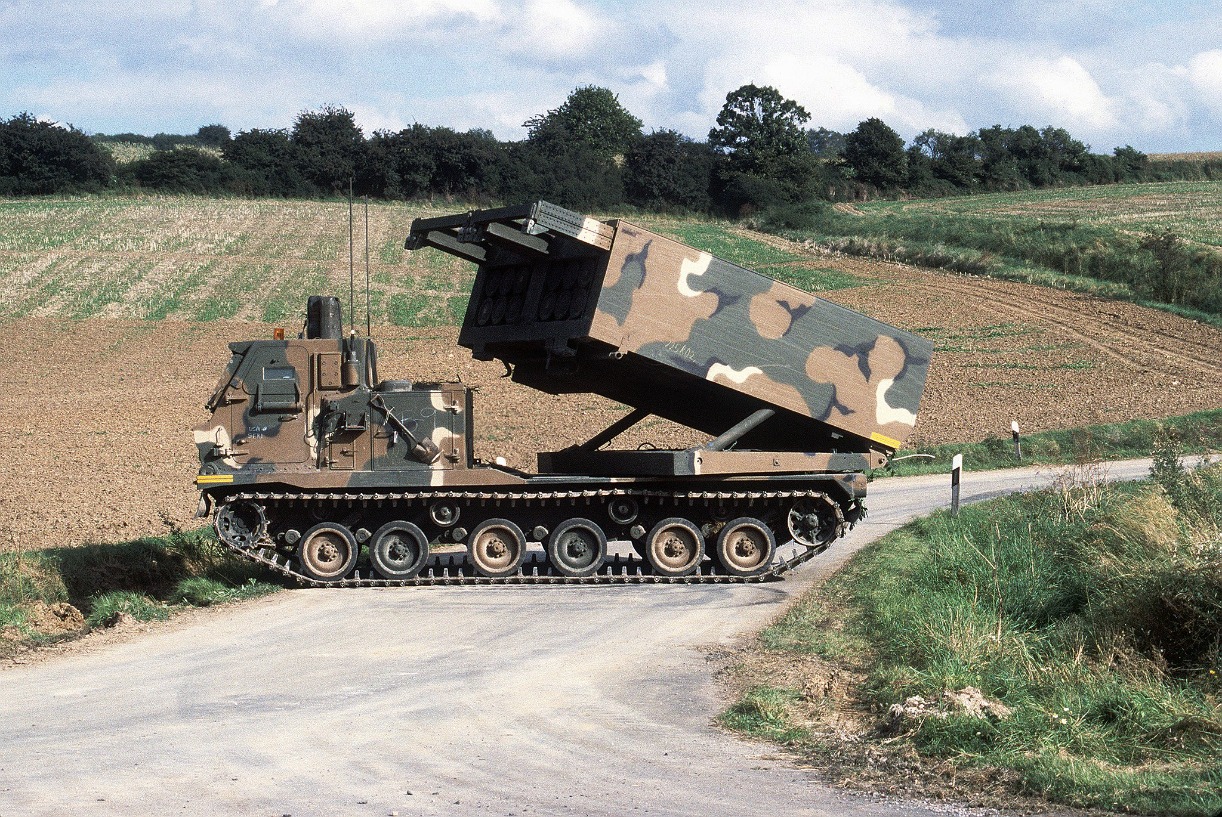 Rocket Artillery Systems have played an important role in many recent major conflicts including the Syrian War and the ongoing Russia-Ukrainian conflict. Let’s have a look on the five most powerful rocket artillery systems in the world today.

The first is the Chinese PHL-16 truck-mounted self-propelled multiple rocket launcher (MRL) system. It is in active service with the People’s Liberation Army Ground Force since 2019, PHL-16 has put China at the forefront in the field of rocket artillery systems with the ability to deploy large-sized 750mm, 370mm and 300mm rockets, providing maximum striking range up to 500km. These advanced rocket artillery systems are deployed from 8×8 wheeled mobile launchers, forming combinations of six launchers and several loader vehicles. PHL-16 has been put into operation and affirmed its superiority against leading Chinese self-propelled howitzers such as PLZ-05A, PLZ-52. 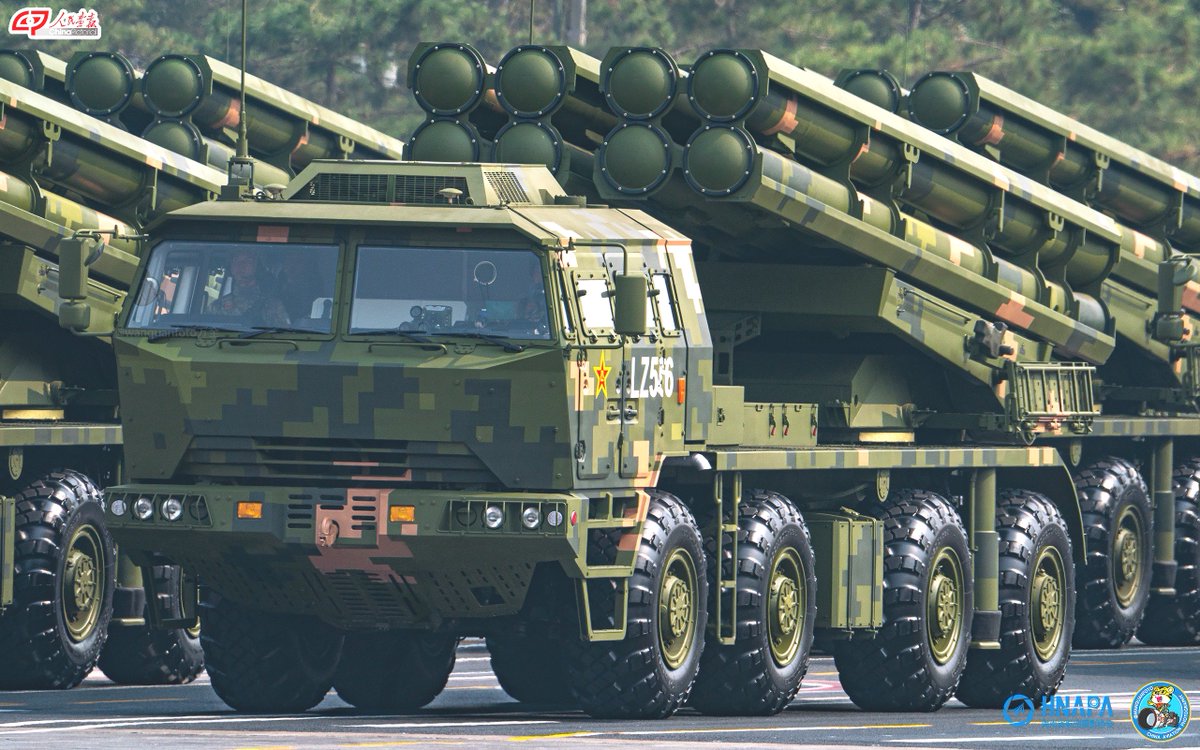 The PHL16 is a highly mobile system. The large 8×8 all terrain truck chassis provides good mobility on both road and offroad terrain. The vehicle diesel engine provides a maximum road speed of 60 km/h and a operational range of 650 km.

The PHL-16 is expected to be particularly useful in potential conflicts over the Taiwan Strait, the Korean Peninsula and disputed border areas with India. The system, which can cover any Taiwan size location, is a less expensive alternative to bombarding targets than ballistic or cruise missile attacks.

As of 2020, the Chinese Army operates a total number of 24+ units of these advanced rocket artillery systems.

The 2020 Congressional Research Service report considers the KN-25 as a system that “blurs the line between artillery and missiles”. The system was put into service in tandem with new classes of tactical ballistic missiles such as the KN-23, providing additional effectiveness at a lower cost.

This North Korean artillery systems uses very large guided artillery rockets. These could be one of the largest artillery rockets of their type ever fielded by any other country. During test launches KN-25 rockets demonstrated a range of 240 km. It is estimated that these rockets have a range of up to 400 km. If these estimates are correct it means that this rocket system covers most territory of South Korea.

The KN-25’s rockets are 600mm in diameter and lack the flexibility of China’s PHL-16 which can deploy rockets of various sizes. The remarkable point of the KN-25 is that it has pioneered the use of missile fins, which increase accuracy by allowing better navigation systems.

The six rotating rear fins are an unusual feature on this type of rocket artillery, a considerable innovation made by North Korea. Their purpose is to provide stabilisation of the rocket while in flight, compared to other rocket artillery rounds, which are usually spin stabilised by rotating the entire body. This method of stabilisation creates a more favourable environment for the guidance systems, as the rest of the missile/rocket does not rotate. It is possible that the missile will be stabilised through rolling the missile when it enters the upper atmosphere, where the smaller control fins are unable to function optimally, and then stopping the spin as it re-enters into denser air.

The KN-25 can also be said as a North Korean tactical ballistic missile which uses Inertial satellite guidance.

KN-09 uses 300mm ammunition launched from 6×6 launchers, each carrying 12 rockets. The KN-09 revolutionized North Korea’s missile firing capabilities, outperforming the Cold War-era M1985/M1991 system, which had a one-third range and was at a disadvantage against similar weapons from the US and Korea.

The KN-09 Rocket Artillery System rocket pods are factory fitted and sealed. The whole pod can be rapidly replaced in field conditions by the help of a crane. So the reload of such type of rocket artillery system takes less time than reloading individual launch tubes.

The system has seen significant improvements since it was first seen, including a 50% increase in the number of launch tubes and modifications to the truck’s chassis. Satellite navigation has been added, with navigation characteristics similar to the US M31 system.

The KN-09 is suspected to be derived from similar 300 mm caliber MRLs such as the Russian BM-30 Smerch, Chinese WS-1B, or even Syrian M-302. The truck used in the KN-09 is reported to be the Chinese-made civilian version of Sinotruk HOWO truck repurposed for military use. It was first seen in 2014 when South Korea and the United States were conducting their joint exercises.

Fourth rocket artillery system in the list of Top 5 is the Russian 9A53-S Tornado-S. Approved for service in July 2016 and ordered for the Russian army three years later, Russian forces used Tornado-S during the War in Donbass and the 2022 invasion in Ukraine despite its very limited quantity with the Russian Army.

Despite having a range of only 120km, the new ammunition for this system with a range of 200km has begun to be tested and becomes the first rocket after China and North Korea to have such a range. Whether the Ukrainian battlefield will spur development efforts and lead to Russia expanding production of the Tornado-S is uncertain but a significant possibility.

The Tornado-S is upgraded with the special GLONASS satellite navigation system used in the Smerch missile system. The Tornado-S has guided rocket rounds with a striking range of 72 miles (120 km). The Tornado-S has a longer range and increased effectiveness, due to the use of new warhead payloads and a reduced launch readiness time of just three minutes.

The Russian rocket artillery is highly known for its ability to deploy a wide range of munitions, including fragmentation, HEAT, and most notably, thermobaric ammunition, which is appreciated for its effectiveness in neutralizing enemy soldiers defensive positions.

Whether the 200km munitions will offer the same versatility remains uncertain, but extending the range of the ammunition to such ranges could be a rapidly changing battlefield factor and it has been demonstrated in Syria, Iraq and most recently in Ukraine.

Finally, the 5th position in the list of Top 5 Rocket Artillery Systems is of the M270 MRLS armed with the Extended Range GMLRS guided missile. The Cold War-era M270 rocket artillery system currently in service with the US military has a limited combat range, but the system is expected to significantly improve when it is armed with a new type of ammunition. That new missile is the ER GMLRS. 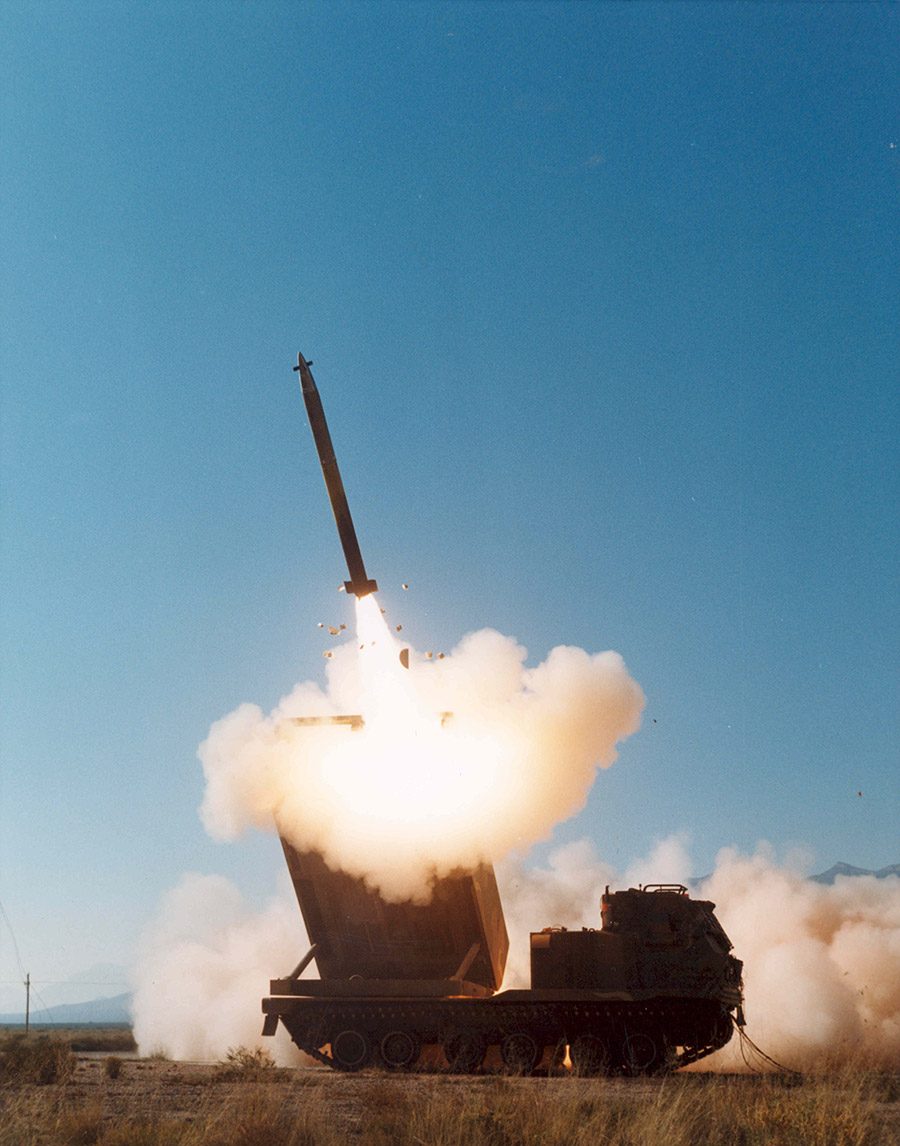 The ER GMLRS shares significant commonality with legacy Guided MLRS, and is deployable by HIMARS and the MLRS M270 family of launchers.

The ER GMLRS began flight testing in March 2021 and is expected to provide a combat range of up to 150 km in all weather conditions. The new rocket uses a larger engine and has tail-driven guidance and has a newly designed chassis, with mass production expected to begin in 2023.

However, its test launch in March 2021 only reached 80 km, compared with the target of 150 km is still a long way. ER GMLRS will still only supply the M270 with a combat range less than 1/3 of China’s PHL-16 and only 37.5% of North Korea’s KN-25, but would still be a significant and better improvement for compatible Western and NATO weapons.