Over the past few years, military fans have debated which one is the “strongest main battle tank on the surface”: China’s Type 99A, Russia’s T-14 “Almatta”, Germany’s “Leopard 2A7”, India’s Arjun MK1A or the United States’ M1A2SEP? Now a strong new challenger may have put an end to this discussion. 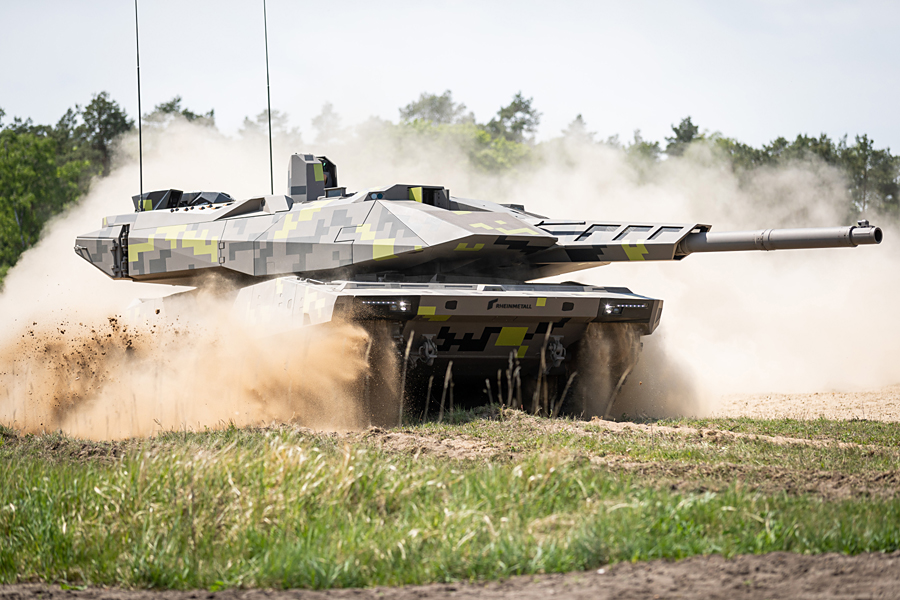 The new tank is loaded with some state-of-the-art technologies and the tank is being seen as the successor or replacement of the aged but still capable 43 years old Leopard 2 MBT.

According to the official website of Rheinmetall Defense, the development of the KF-51 is self-funded by the company. 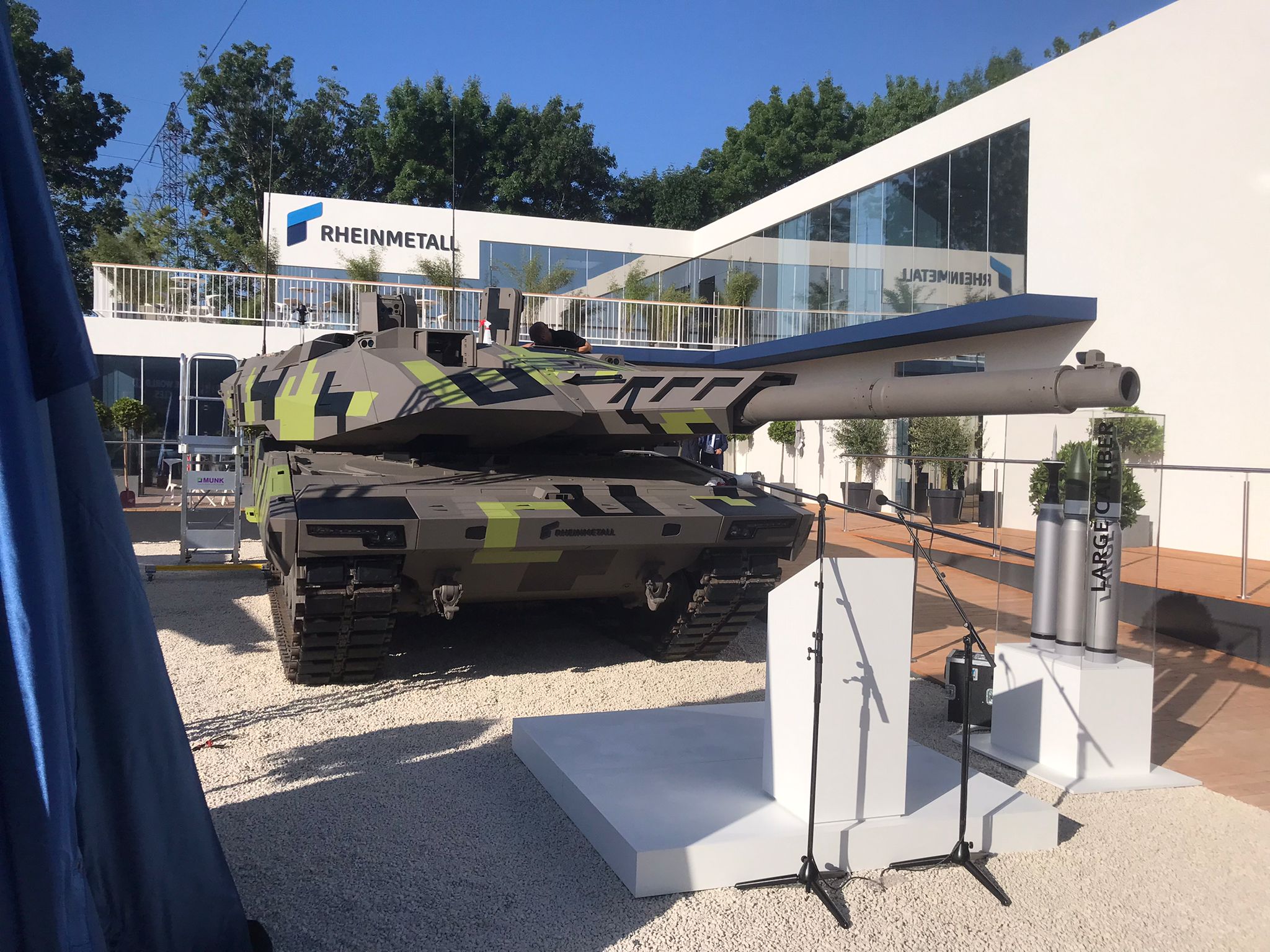 The hull of the new tank is based on the previous Leopard 2, but the turret design has got some changes and improvements.
According to data released by Rheinmetall, the KF-51 Panther main battle tank is characterized by the use of an 130 mm main gun, compared with the main gun caliber of 120 mm typically used by Western main battle tanks and 125 mm for Chinese/Russian tanks. Previously, the Rh120-L55 smoothbore gun used in the German Leopard 2A7 main battle tank was known for its great power, with a muzzle velocity of 1750 meters per second and a maximum armor piercing depth of 700 mm at a distance of 2000 meters. Rheinmetall said the KF-51 Panther’s 130 mm main gun “achieves more than 50 percent performance at much longer distances,” suggesting that its long-range armor-piercing capability exceeds 1,000 mm and can penetrate the frontal armor of almost any active main battle tank. The new tank can also fire programmable explosive ordnance, enhancing the effect of large-area strikes against unprotected targets..The tank is also equipped with a 12.7 mm co-axial heavy machine gun with 250 rounds and a 7.62 mm Remote Control Wєαρσи Station with +85° of elevation and 2,500 rounds of ready to use ammunition. 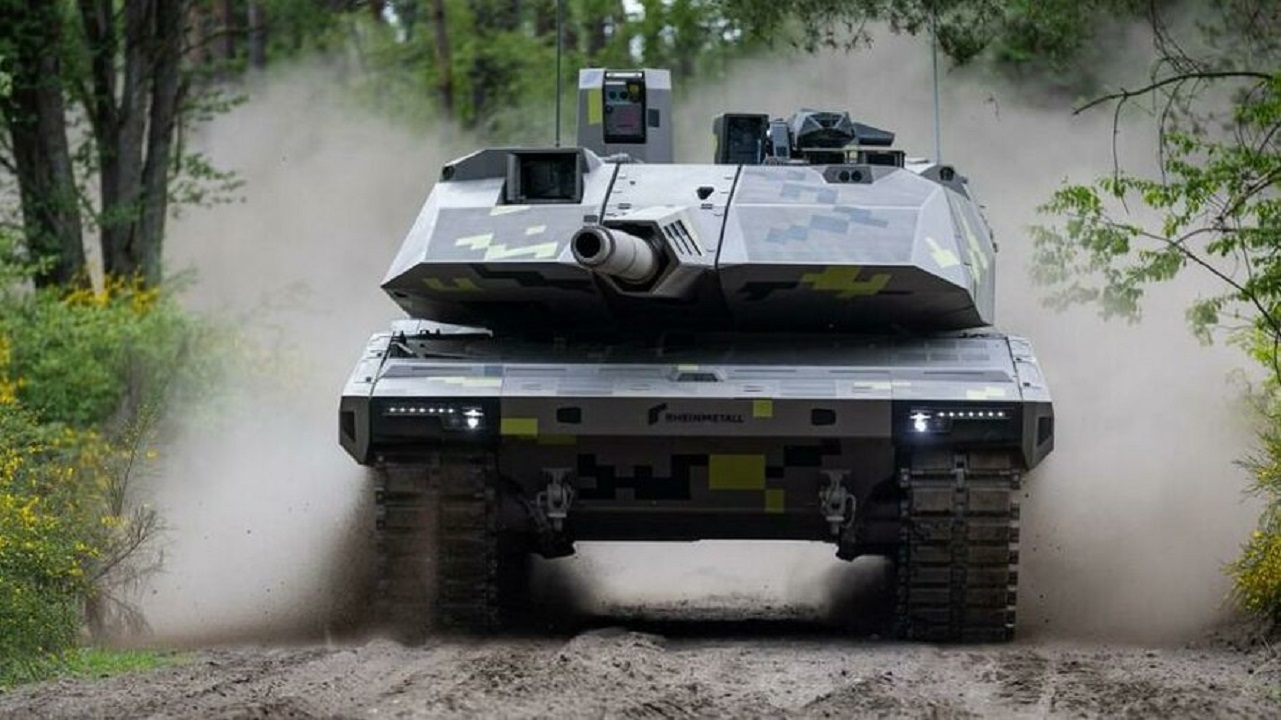 What is more refreshing is that the KF-51 “Panther” main battle tank also integrates small unmanned aerial vehicles and cruise missile launchers on the turret, and these small aircraft that can stay in the air for a long time can greatly improve the battlefield situational awareness of today’s main battle tanks and effectively reduce the possibility of being ambushed. According to info, KF51 is equipped with 4 HERO 120 loitering munition that provides NLOS strike capability and modular mission option.

Rheinmetall claimed that the Panther KF51 MBT is the first fully digitalised Battle Tank concept in the world, and is completely designed for the challenging battlefield of the future.

Rheinmetall said that the installation of the automatic ammunition loading system increases the rate of fire of tank and also reduced the tank crew to three as compared to the four man crew in Leopard 2. The tank is also equipped with blow-off panels for the protection of the tank crew.

All ωєαρσиs of the Tank are connected with advanced targeting sights and the fire control computer through the fully digitalised architecture, giving the tank a hunter кιℓℓer capability. 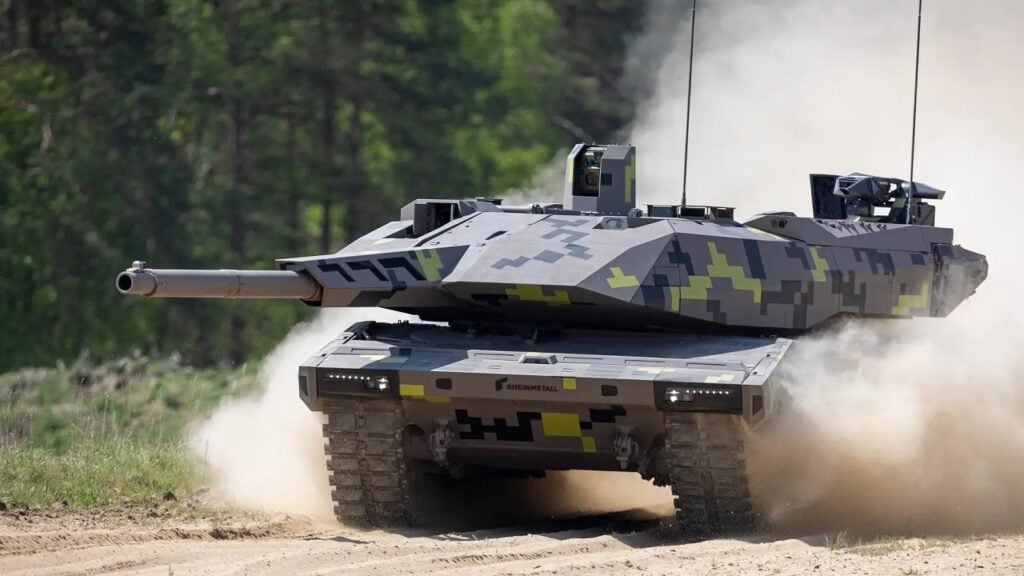 In addition to the tank capabilities, the KF-51 is equipped with Rheinmetall Top Attack Protection System, this system protects the tank from battlefield threats such as incoming attacks from Anti Tank Guided Missiles, rocket launchers, etc.

Talking about the mobility of this advanced battle tank, the combat weight of the KF-51 is 59 tonnes, which provides much better mobility as compared to other tanks. The tank has the range of 500 km.

Overall, the KF-51 Panther Main Battle Tank is the Tank of the Future. With the Panther a completely new MBT concept is being brought to life by Rheinmetall, which is much more advanced than the current MBTs.

Eurosatory is a international Defense and Security Exhibition, which takes place in every two years in order to gather the whole world defence equipments offer and demands of different types. This year the Eurosatory exhibition is being held in Paris, France from 13 to 17 June. It is featuring over 1,800 exhibitors and attracting a global audience of over 57,000 visitors.