AH-1W Super Cobra attack helicopter was developed by Bell for the US Marine Corps (USMC). It evolved form the AH-1T and follows the general outlines of the AH-1 Cobra. The Super Cobra was adopted by the USMC in 1986 and is still in service. This gunship was used during the Persian Gulf ധąɾ. A total of 48 AH-1W attack helicopters were used during that ωαя. These gunships destroyed 97 tanks, 104 armored personnel carriers, 16 bunkers and 2 anti-aircraft sites. Not a single USMC helicopter was lost during that ωαя. 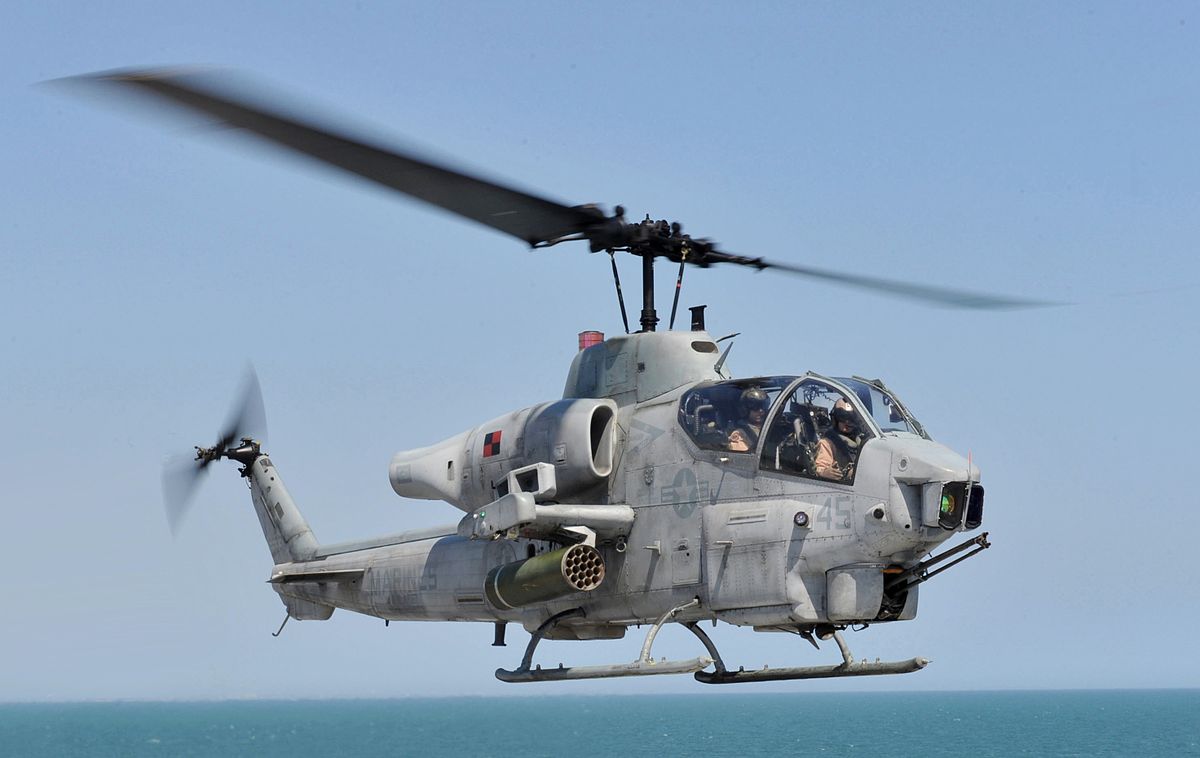 The main role of this attack helicopter is to provide close in fire support for landing forces during amphibious assaults and subsequent land operations. It also escorts transport helicopters with troops.

The Super Cobra has a slim fuselage with a fighter-type cockpit. The pilot sits high in the rear with a co-pilot/gunner lower in the front directing the fire of a wide range of ωєαρσиs mounted on lateral stub wings or under the nose. The front seat also has a full set of flight controls. The cockpit is surrounded by armor protection. 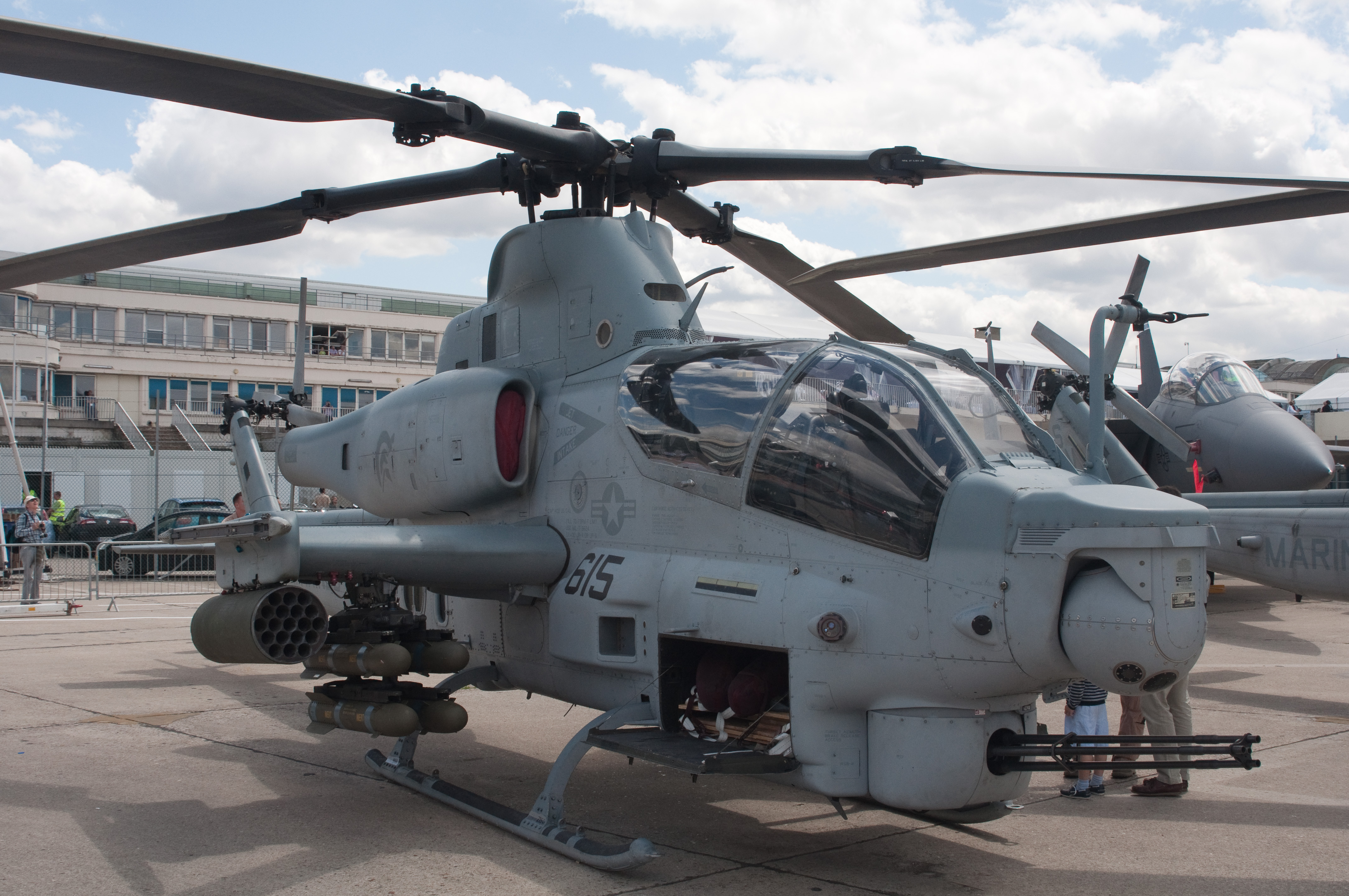 The AH-1W Super Cobra can fly and provide fire support in both day and night environment. Its avionics, engines and ωєαρσиs were substantially upgraded comparing with the previous version. It is fitted with a night targeting system, which includes a Forward-Looking Infra-Red (FLIR), low-light TV camera, laser rangefinder and an autotrack system.

The Super Cobra is powered by two General Electric T700-GE-401 turboshaft engines, developing 1 725 shp each. The second engine offers additional backup, as in case of failure or damage, the helicopter can still limp back home with one engine working. This gunship is extremely maneuverable. It has a simple and tough landing skids instead of complex retractable undercarriage. 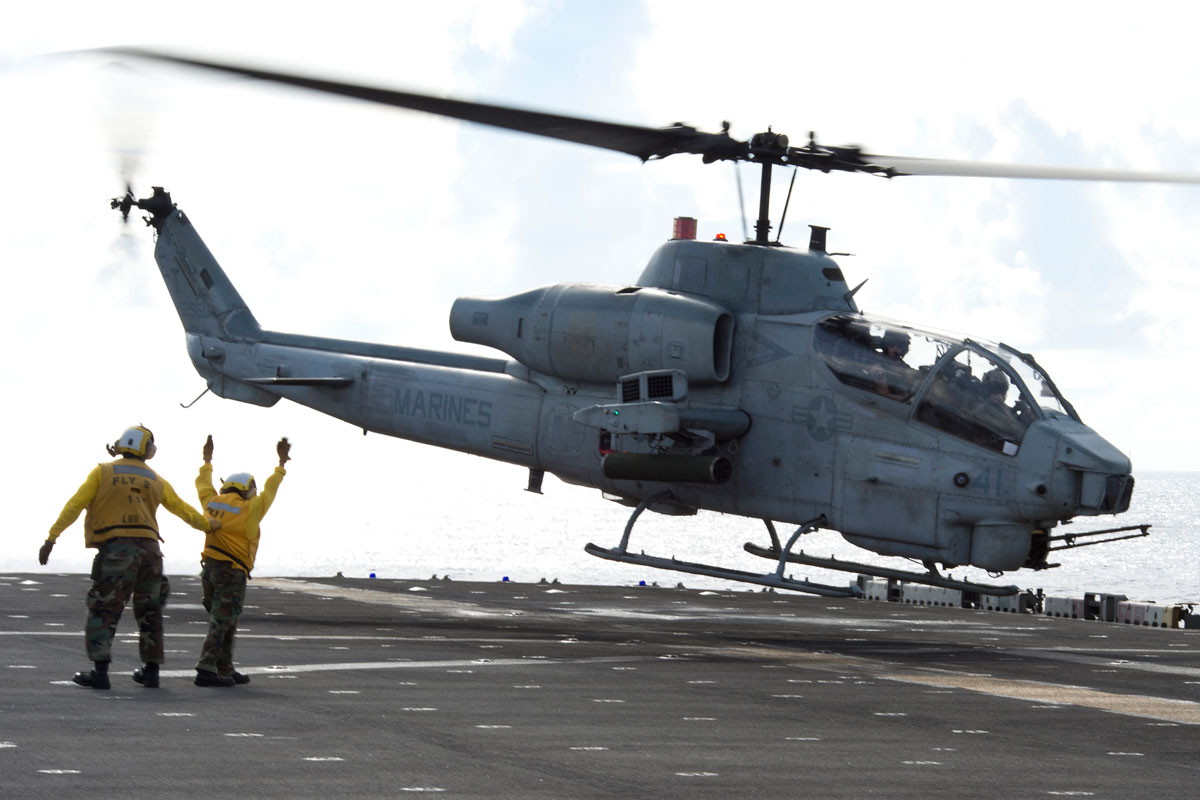 There is a turret under the nose of the helicopter. It is armed with a three-barreled 20 mm cannon and carries 750 rounds of αммυиιтισи. The cannon fires at a rate of 675 rounds per minute. The turret can pivot to both sides of the helicopter, as well as up and down. This turret is controlled by the co-pilot/gunner, seated at the front. Also the pilot in the rear can fire the turret, if it is locked in the forward position. The Super Cobra can carry additional pods with miniguns on stub wings. 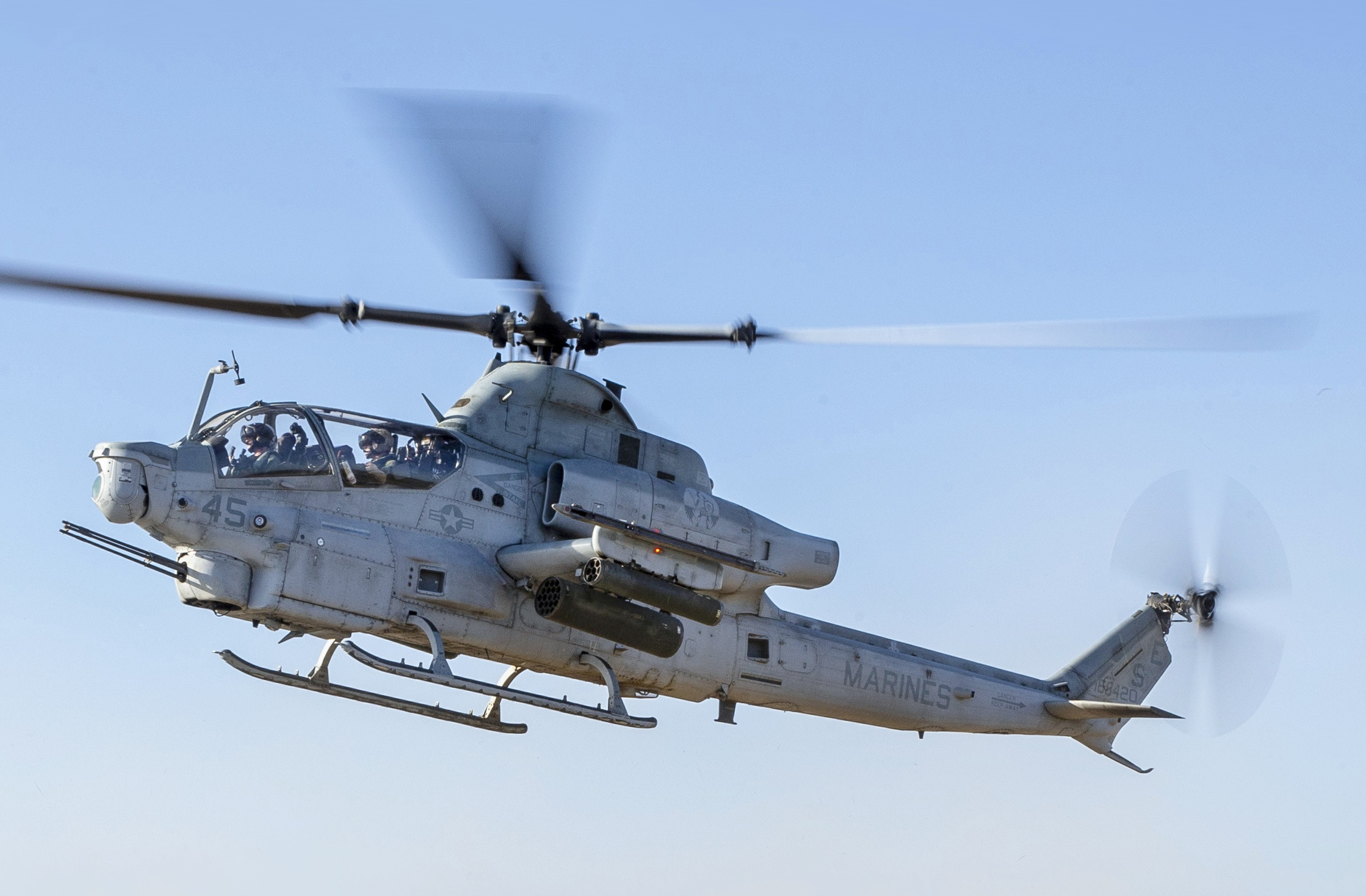 The Super Cobra is also armed with Hellfire or TOW anti-tank guided missiles. It can actually carry both types of missiles on the same mission. Other ωєαρσиs of this helicopter are pods with various unguided rockets, cluster munitions, various bombs, AIM-9 Sidewinder and AIM-92 Stinger short-range air-to-air missiles, and AGM-122 Sidearm anti-radiation missiles. This gunship also has provision for AGM-65 Maverick air-to-ground missiles.

Fuel is contained within two fuselage fuel cells. Up to 4 more external tanks with fuel can be carried for extended range.